Body
Join ACG Arizona and FEI Arizona for our first virtual of 2021 featuring an economic update and forecast from Jim Glassman, Managing Director and Head Economist for Commercial Banking at J.P. Morgan Chase & Co. The event will include an in-depth look at the factors and forces influencing our economy in the new year.
DATE: Tuesday, January 19th
TIME: 4 to 5:15 p.m. Arizona
EVENT TIMELINE:
4:00 to 4:45 p.m. Economic Forecast and Updated presented by Jim Glassman
4:45 to 5:00 p.m. Q&A with Presenter
5:00 to 5:30 p.m. Structured Networking
Zoom information will be sent out upon registration
About the Speaker
Jim Glassman Head Economist, Commercial Banking
Jim Glassman is the Managing Director and Head Economist for Commercial Banking. From regulations and technology to globalization and consumer habits, Jim's insights are used by companies and industries to help them better understand the changing economy and its impact on their businesses.
Jim's work with the firm—combined with his independent research on the principal forces shaping the economy and financial markets—has earned him regular features in the media and as an economic commentator. He is also a long-standing participant in the Federal Reserve Bank of Philadelphia's Survey of Professional Forecasters and the National Association of Business Economists' (NABE) panel of macroeconomic forecasters.
From 1979 through 1988, Jim served as a Senior Economist in the Research & Statistics and Monetary Affairs departments at the Federal Reserve Board in Washington, DC. While there, he analyzed and forecasted inflation, labor market developments, the Federal Reserve's operating strategies and interest rate markets, and he developed monetary and reserves projections. He joined Morgan Guaranty in 1988 and Chemical Bank in 1993, which, through a combination of mergers, became JPMorgan Chase & Co.
Jim earned a bachelor's degree from the University of Illinois at Urbana-Champaign and a master's degree in Economics from the University of Illinois at Chicago. He was awarded a Ph.D. in Economics from Northwestern University.
Event Secondary Body
Image 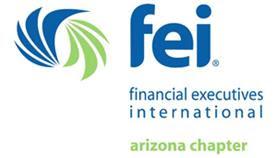