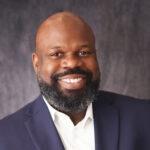 In addition to his role as Director, Dr. Mahon was an Assistant Professor of Economics. Before becoming a college professor, Dr. Mahon taught mathematics, economics, and various social studies courses as a high school teacher.

He received his Ph.D. in Economic Education at the University of Delaware, a Master's degree in Economics at the Florida International University, and his undergraduate degree at Cornell University. 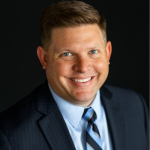 Alex Miller currently serves as Cincinnati Children’s Hospital Medical Center’s Vice President of Finance & Treasury, and the Assistant Treasurer.  He provides financial leadership across the organization managing finance and treasury functions with a focus on operations, strategic planning, facility and real estate master planning, strategic capital projects, pension, and investments.  Prior to joining Cincinnati Children’s in April 2011, Mr. Miller served as an Analyst for The Kroger Co.  His experience includes reviewing and making recommendations to senior leadership on investments in retail operations, manufacturing, and information technology.  He also served as an Underwriting Specialist for Cincinnati Financial Corp.  Mr. Miller is currently a member of the Finance and Audit Committee for Uptown Consortium and was a former United Way Board Member.  Mr. Miller received a Bachelor of Science in Economics from Denison University and a Master of Business Administration with a concentration in Finance from Xavier University.  Alex was honored by the Business Courier as one of Cincinnati's Rising Stars in their 40 Under 40 Program. 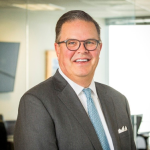 Barry Peterson co-founded Northcreek Mezzanine with Rodger Davis in 2008. His first endeavor with Davis was Private Capital Solutions.  Prior to PCS, Barry spent seven years with Provident Bank, where he was responsible for credit administration and portfolio management of the $4.6 billion commercial banking portfolio; sales and product development; and special projects. Peterson served on Provident’s Risk Management, Portfolio Management, and Executive Loan Committees. He was also responsible for starting and building Provident Business Credit, a national asset-based lending business with $650 million in loans.  Prior to his association with Provident, he was responsible for sales and marketing at American Louver Company, a $20 million annual revenue manufacturer of component products used in commercial lighting fixtures based in Skokie, Illinois. Peterson spent ten years with Continental Bank in Chicago and Los Angeles, and was responsible for building the Bank’s West Coast presence for its Business Credit Group and for helping start and build its Technology Finance Business. Peterson has B.A. in Economics from the University of Chicago and an MBA from the University of Notre Dame, with studies at the London School of Business. 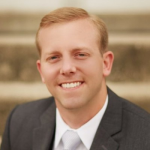 Evan is an experienced and accomplished professional within the commercial banking sector, serving as a Senior Vice President for Huntington Business Capital.  His expertise includes deep knowledge of Asset Based Lending.  He holds an MBA from the Weatherhead School of Management at Case Western Reserve and a BSBA from Ohio State University.  He is on the board of Turnaround Management Association's Southern Ohio Chapter.