Body
ACG Richmond's Breakfast Series brings together the Greater Richmond business community to network and hear high caliber industry experts share their outlook, opinions, challenges and successes.
Our originally schedule speaker, Michael Bor, is no longer able to join us for this event. However, we are thrilled
to announce Byron Boston, CEO and Co-Chief Investment Officer of Dynex Capital as our featured speaker.
This breakfast also marks the return of our ACG Scholarship presentations to local, aspiring business students. 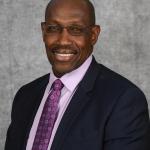 Byron Boston is CEO and Co-Chief Investment Officer of Dynex Capital (NYSE:DX), a leading Real Estate Investment Trust (REIT) with more than $5 billion in managed assets.  Over the past 14 years, Mr. Boston has built Dynex Capital into a top performing REIT that has outperformed the S&P 500 Financials, FTSE NAREIT and Russell 2000 Indexes over the past decade.

At Dynex Capital, Mr. Boston has instilled a culture built upon a broader purpose – to make lives better by being careful stewards of individuals’ savings. The capital that Dynex manages is critical to supporting housing markets and the broader real estate sector, enabling home financing, and strengthening the communities where the company conducts business. Under Mr. Boston’s leadership, Dynex demonstrated its ability to effectively manage its investors’ capital and deliver industry-leading risk-adjusted returns – even during times of extreme market volatility - delivering industry-leading performance on a 1-, 3- and a 5-year basis for the period ended December 31, 2020.

By attending this event, you voluntarily assume any and all risks associated with potential exposure to COVID-19 (coronavirus) and you hereby release, waive and hold ACG Richmond harmless from any illness, injury or damages incurred by you in connection with your attendance at this event.