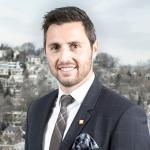 Alexandre Bilodeau joined the Walter Capital Partners’ team in 2019. As a Senior Associate, he is actively involved in evaluating potential acquisitions, conducting due diligence on new investment opportunities and monitoring portfolio companies.

Before joining Walter Capital, Mr. Bilodeau worked as an advisor in the audit team and as a senior advisor in transactional service at KPMG. He was involved in multiple financials due diligences for buy and sell sides, servicing private and public companies from various sectors. His clients included Cologix, Cascades, GDI Integrated Facility Services, Caisse de dépôt et placement du Québec, Investissement Québec and the Fonds de solidarité FTQ.

Before starting his professional career in accounting and finance, Mr. Bilodeau competed in freestyle skiing at the international level. Over his 9 years on the World Cup circuit, he won multiple World championship honors. He won his first Olympic gold medal in Vancouver in 2010 and he repeated the exploit in 2014 in Sotchi.

Mr. Bilodeau holds a Specialized Graduate Diploma (DESS) in accounting from HEC Montreal and a bachelor’s degree in accounting science from the John Molson School of Business at Concordia University, as well as the Quebec CPA designation. He is actively involved with multiple non-profit organizations such as the Telus Community Board in Action, Special Olympics Quebec, Children’s Healthcare Canada, MAB-Mackay and the Princess Charlene of Monaco Foundation, in addition to being a member of the Board of the Fondation de l’athlète d’excellence du Québec. 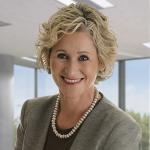 Cathy is a founding Managing Director of the Toronto office of Stanton Chase, a Top 10  retained executive search firm with 75 offices worldwide, specializing in CFO and Board/Board diversity placements with clients across North America.

As a trusted partner to many long-standing clients, Cathy is passionate about helping companies attract top talent and build diverse and inclusive executive leadership teams and boards that will drive growth and transformational change.

Cathy graduated from Bishop’s University (BBA, Honours) and started her career with Ernst & Young in Ottawa. She was awarded the CPA Fellow designation in 2017, and in 2021, was honored to be recognized as one of the Top 100 Most Powerful Women in Canada by the Women’s Executive Network (WXN).

She currently sits on the Board of the Association of Executive Search and Leadership Consultants (AESC) and as Vice-Chair, Finance on the Stanton Chase Board of Directors. 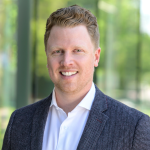 Cody Sorensen, Director, M&A joined Welch Capital Partners in 2016, following regional office and business banking roles at RBC Royal Bank. Cody graduated from the University of Guelph with a Bachelor of Economics and obtained his MBA from the Smith School of Business at Queen’s University in 2016.

With a passion for high-performance, Cody spent seven years competing as a member of the Canadian National Bobsleigh Team and competed in the Sochi Olympics in 2014. In 2010, he was named the Ontario Male athlete of the year. More recently, Cody made a comeback to the sport and qualified for the 2022 Olympic Games in Beijing where he and his team placed 9th.

Cody devotes time to volunteering with several local charities and is a recipient of the Community Volunteer of the Year award for Big Brothers, Big Sisters of Ottawa. 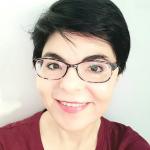 Diana Kelley is Co-Founder of Cybrize and serves on the boards of Cyber Future Foundation, WiCyS, and The Executive Women’s Forum (EWF). Prior to joining Cybrize, Diana was Cybersecurity Field CTO for Microsoft, Global Executive Security Advisor at IBM Security, GM at Symantec, VP at Burton Group (now Gartner), a Manager at KPMG, CTO and co-founder of SecurityCurve, and Chief vCISO at SaltCybersecurity

She is a sought-after keynote speaker, the host of BrightTALK’s The (Security) Balancing Act, co-author of the books Practical Cybersecurity Architecture and Cryptographic Libraries for Developers, has been a lecturer at Boston College's Masters program in cybersecurity, the EWF 2020 Executive of the Year and EWF Conference Chair 2021 and 2021, an SCMedia Power Player, and one of Cybersecurity Ventures 100 Fascinating Females Fighting Cybercrime. 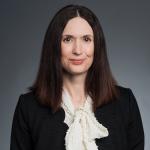 As President & COO, Janice is responsible for managing the day-to-day operations and human resources at Fully Managed with a clear mandate on team motivation. She supports our Executive Leadership in implementing our vision and ensuring strategic execution, growth, and transformation for Fully Managed.

Janice has been in the managed services industry since 2000 in senior leadership roles from Channel Chief and VP & GM at N-able to COO of Fully Managed, as a key executive in both companies from inception.  Janice is a graduate in financial management and has been recognized as a CRN Channel Chief, as one of the Top 50 most influential channel executives, was named to Ottawa’s Forty Under 40 in 2013 and to MSPmentor’s Global 250 Executive listing in 2014.

Most recently Janice was recognized by Computer Dealer News as one of the most influential women in the channel as a CDN Woman of the IT Channel 2014 Honouree. Janice has just completed her Executive MBA - graduated in June of 2020.

Janice is a passionate leader who believes in supporting the needs of all stakeholders while helping to encourage personal transformation and growth in all individuals she collaborates with. 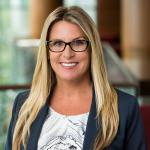 Megan has over 20 years’ experience in people operations, spending most of her career in high growth, high tech companies. As Chief HR Officer at Kinaxis, a publicly traded SaaS company specializing in supply chain, she oversees global HR and global real estate operations. She has played an integral role in building a  progressive culture at Kinaxis, ensuring the company’s programs support the goals and objectives of both the business and the people who work there. Under her tenure Kinaxis has had a very successful IPO,  has become an employer of choice, and has scaled and expanded its global foot print tremendously.

Outside of work, Megan spends her time volunteering for women’s shelters, advocating for survivors of domestic violence and angel investing. 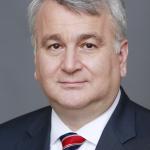 Past Chair, Board of Governors, Carleton University, Canada

Nik Nanos leads Nanos Research, one of Canada’s most distinguished research companies.  The Nanos Research Group of Companies includes Nanos Rutherford McKay & Co, an affiliate of Nanos Research and Rutherford McKay Associates with service offerings including public acceptance and engagement, communications audits, and narrative development. It also includes Nanos-dimap Analytika, an analytics and targeting research practice which is a joint venture with dimap, one of Germany’s top research organizations.

He is the Chief Data Scientist and Founder of Nanos Research, a Global Fellow at the Woodrow Wilson International Center for Scholars in Washington DC, Chair of Atlantik Brücke Canada which is a non-profit focused on advancing Canada-Germany relations and one of 20 Honorary Captains in the Royal Canadian Navy. He is also the Past Chair of Carleton University in Ottawa which has 30 thousand students and a budget of over $500M.

Nik leads the team behind the weekly Bloomberg Nanos Canadian Confidence Index, considered a must-have resource for senior executives and is also featured in a weekly segment on CTV’s News Channel, Nanos on the Numbers, which focuses on the latest political, business and social trends. 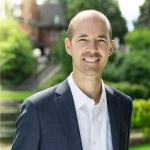 Ross Gilchrist is a Managing Director at the Bank of Montreal, leading their Corporate Finance practice for central & northern Ontario. Ross has spent the last 15 years in various Commercial and Corporate roles in both Ontario and Atlantic Canada. Bank of Montreal’s Corporate Finance practice is focused on a high touch, advice driven model covering regional and national private and public operating companies. Ross holds a Commerce degree from the University of Ottawa, is a Chartered Financial Analyst, and lives in Ottawa. 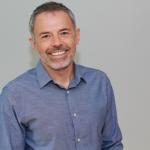 Sean Crouse is a CPA and Director with BDC’s Growth & Transition team, supporting businesses across the National Capital Region, in both official languages.  As a 15+ year veteran with BDC, Sean helps clients structure their capital to effectively execute on growth or ownership transitions. Having supported entrepreneurs with over $150M worth of transactions, spanning his nearly 10 years with BDC’s Growth & Transition team, Sean offers clients a deep understanding of what it takes to get transactions done and how to structure financings that facilitate post transaction success. On the personal side, Sean is a proud father and husband.  He also has a passion for adventure travel and all thing outdoors and athletic. 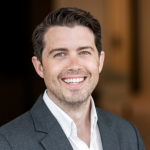 Sean joined Novacap as Head of Business Development in 2018. Sean holds his BA (Honours) from Queen’s University, his LL.L and J.D. from the University of Ottawa Law School. Sean was called to the bar in Ontario and is a member of the Law Society of Ontario.

Prior to joining Novacap, Sean was a Vice President and Co-Head of the M&A Practice at BFL Canada. Sean also worked as lawyer in the Business Law Group at a global law firm, where his practice focused on mergers and acquisitions, corporate finance and securities law. Sean then transitioned to the insurance industry where he worked for a large global insurer.

Sean is very active in the Canadian Private Equity and M&A community and currently serves on the Board for ACG Toronto, as Past Chair of the ACG Young Professionals Committee and as Vice Chair of the CVCA Awards Committee. 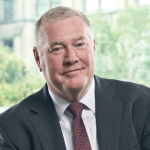 Shaun McEwan is a proven and effective leader with a history of progressive and expanding executive roles in the technology sector. A values-based leader with a collaborative style, his strengths lie in effectively integrating strategic and operational initiatives that serve both short-term business needs and longer term strategic vision.

Shaun has more than 30 years of experience in finance and executive leadership positions in public and private high-technology companies. He previously held the position of Chief Financial Officer, and interim CEO, at Quarterhill (and its predecessor WiLAN), where he was responsible for all financial management and reporting for the company, and led equity financing transactions raising more than US $100M.

Prior to WiLAN, Shaun was CFO at BreconRidge Manufacturing Solutions, where he was responsible for overall financial management and reporting for the company on a global basis.

Owner of Kin Vineyards, Shaun holds a B. Com degree from Carleton University and is a Chartered Professional Accountant. 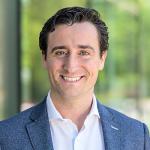 Stephan May is a recognized corporate finance executive with experience in M&A, capital, and private equity.

He is currently the Managing Director at Welch Capital Partners, where he advises clients on selling or acquiring Companies. 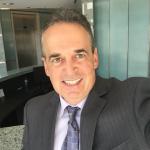 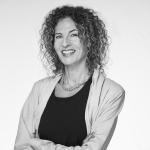 Zoya Shchupak is a Managing Partner of Innovobot Fund I.  Ms Shchupak is a seasoned executive with 25 years’ experience in the financial services industry.  Zoya has served as a strategy and M&A consultant at Sagard Holdings (a subsidiary of Power Corporation), CFO and Head of Corporate Development at Fairstone Financial (formerly CitiFinancial Canada) and held senior positions at Desjardins Venture Capital, CIBC World Markets and Scotia Capital Markets.

The Association for Corporate Growth (ACG) Toronto is presenting the 3rd Ottawa Capital Connection Conference on April 21st. We look forward to hosting members of the Canadian mid-market investment sector – in-person for the first time since 2019! The Conference is targeted towards Capital Providers, Private Equity, Investment Banks, Legal, Accounting and Advisory firms, and Corporate and Family Office organizations. The event is focused on Thought Leadership, Industry trends and Sector-specific presentations. For those who are new to ACG – or have offices in Eastern Canada – we are introducing a special registration offer that includes a COMPLIMENTARY Conference registration and a 1-year annual ACG membership.

For more information on the Conference – Agenda, Speakers and Registration – contact Amanda - ahurst@acg.org.

Canadian M&A Landscape - Opportunities and Risks for 2022 and Beyond

*We required all attendees to be fully vaccinated against COVID-19 to attend this event. All attendees will be required to show proof of double vaccination along with photo ID to be granted access.

*The Health and Safety policy for this event is subject to change based on the latest industry standards and guidelines. 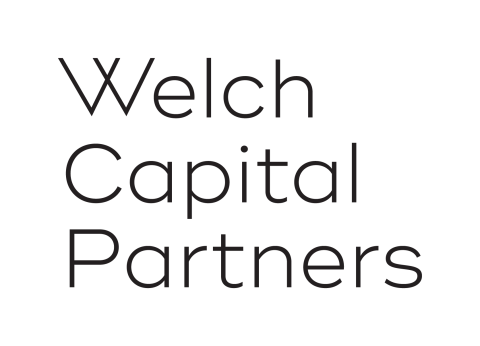 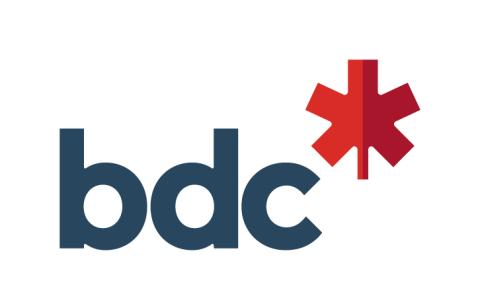