Be the new normal.

In a time of rapid change and ongoing uncertainty, the Utah business environment continues to stand out over many other US markets. ACG Utah offers unique opportunities through an extensive networking event calendar, where we drive innovation, disrupt the status quo and foster change-makers. Our goal is to inspire you to join our network as we lead through change, in uncommon ways.

Your safety is of our utmost concern. All attendees will be required to follow the Marriott’s safety guidelines.  Hand sanitizer and masks will be provided.

By attending this event, YOU VOLUNTARILY ASSUME ANY AND ALL RISKS ASSOCIATED WITH POTENTIAL EXPOSURE TO COVID-19 (CORONAVIRUS) and YOU HEREBY RELEASE, WAIVE AND HOLD ACG UTAH HARMLESS FROM ANY ILLNESS, INJURY OR DAMAGES INCURRED BY YOU IN CONNECTION WITH YOUR ATTENDANCE AT THIS EVENT. 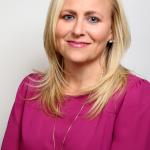 Cydni Tetro is CEO of Brandless, an innovator of experience, a growth leader, technologist, STEM advocate, author, and speaker. Creating immersive customer experiences through technology and product innovation for business growth and market leadership is woven through her career.  She recently raised $118M, the largest fundraise led by a woman in Silicon Slopes. Brandless is a mission-driven omnichannel commerce platform that is growing through technology and the acquisition of mission-driven brands. Prior to that she was CEO of ForgeDX, a customer acceleration platform used by companies like Verizon, Adobe, Microsoft, Dell and other large tech companies to transform customer experience. She was also founder and CEO of 3DpulsMe, which was acquired, and was a 3D printing personalization platform, where you could become an Ironman action figure and more in partnership with Marvel, Star Wars, NFL, MLB and Hasbro, Walmart and Target.

She spent 5 years at Disney in Imagineering leading technology commercialization and building technology businesses inside Disney, including with Theme Parks, ESPN and ABC. She is also founder and President of the Women Tech Council a non-profit that that amplifies the economic impact of women in tech, she teaches at the Goldman Sachs 10K Small Business Program, Babson and BYU, sits a number of boards including the Intermountain Healthcare/SelectHealth and has been recognized as Women of the Year, Contributor of the Year, Top 10 Coolest Entrepreneurs, received Stevie Awards for Entrepreneur of the Year and Innovator of the Year and been recognized as a Most Successful Businesswoman to Watch.

She holds a master’s degree in business administration and a bachelor’s in computer science from BYU.