Miller said Utah is the only state to double exports over the last ten years, and the only state to have positive export growth, even in the recession years.  Utah is now the sixth fastest growing export economy in the country.  Miller describes this as “remarkable,” given the fact Utah is a state of only three million people.  Nearly one in four jobs in Utah are supported by international business.  It is a testament to the more than 3,500 companies in Utah, and of those, more than 85% are small businesses that are doing exactly what a free market requires them to do -- find out how to be more competitive, faster, better, less expensive, and offer higher quality than their competitors, not just go out in the global market, but to go out and win.

The question Miller gets asked the most is how and why Utah has achieved its economic success.  Miller said it is based on the state’s global engagement and global leadership.  He said that a large part of Utah’s economy is supported by international business.  The top Utah exports include: metals (37%), computer and electronic products (17%), chemicals (10%), food and kindred products (8%), transportation equipment (7%), and other goods and services (21%).  Utah’s top export destinations include the United Kingdom, Hong Kong, Canada, Mexico, China, Taiwan, Japan, South Korea, Netherlands, and Singapore.  According to Miller, “Utah businesses are killing it in the global marketplace!” Miller highlighted these additional Utah accomplishments:

Miller said World Trade Center Utah accomplishes their mission, in part, by holding seminars and forums.  It recently hosted an international forum designed to motivate and educate Utah businesses.  Topics for the seminars have included Brexit and its impact on Utah business, how and when businesses make money abroad, and how to get Utah goods into other countries.  World Trade Center Utah also works one-on-one with companies to help them perform market analysis.  Because of the generosity of the founding members – including the state legislature, and the contract with the state, all services provided are free of charge.  The goal is to build the economy by helping companies do more international business.  World Trade Center Utah helps businesses determine locations in the world to be focused, based on the service they provide or the goods they produce.

In 2008, Miller became the Deputy Director of the Governor’s Office of Economic Development (GOED).  He was directly responsible for incenting companies to bring tens of thousands of jobs in both rural and urban Utah by various companies such as eBay, Adobe, and Proctor and Gamble.  Later, Miller was named Governor Herbert’s Chief of Staff.  Miller now oversees World Trade Center Utah.  In 2016, under his leadership, World Trade Center Utah took over the coordination of all state-led trade missions involving hundreds of participants from over 50 Utah businesses.

Miller further highlighted that World Trade Center Utah is helping to expand Utah businesses’ global network.  The organization does this by hosting visiting dignitaries and when they come to Utah, World Trade Center Utah provides an opportunity for Utah businesses to network with the dignitaries.  The organization has hosted Ambassadors of China, Mexico, Canada, Japan, Chile, Peru, Belgium, France, and Germany.  In addition to its hosting duties, World Trade Center Utah takes trade missions and leads delegations to destinations such as Singapore, Vietnam, England, Jordan, and Israel.  In 2018, trade missions are planned for Dubai, France, Mexico, and Taiwan.

Miller said there are some businesses in the U.S. that don’t understand that in our country, we have a healthy tension between government and business, but in almost every other country, it’s not that way.  There is a close connection between business and government and having a relationship with these foreign government officials is a great benefit to Utah companies doing business with these countries.

When Miller was working with Governor Herbert at the height of the recent recession, a team of top advisors created a vision for the state of Utah to be the best performing economy and recognized as a premier global business destination.  One of the goals the team had was to achieve a number-one ranking for businesses and careers from Forbes.  Since that first win, Utah has been ranked by Forbes six out of seven years in a row.

There’s one thing Miller says he knows for sure – businesses aren’t successful by accident.  None of the success achieved is by coincidence.  And that’s true for the state of Utah.

At the ACG Utah kick-off breakfast meeting in September 2017, Trevor Milton, CEO and founder of Nikola Motor Company, based in Salt Lake City, Utah, spoke to a large audience, sharing how he is revolutionizing the trucking industry with a zero-emission, hydrogen fuel cell line of long haul trucks. Milton has a passion for and expertise with electric and hybrid vehicles, and identified a market need for an electric truck in 2012. After launching out with an electrified trash collection truck, Nikola Motor Company shifted to designing and producing the industry’s first Class 8 hydrogen fuel cell electric semi-truck.

During the company’s initial phases, Milton and his team at Nikola Motor Company collaborated with Diversified Insurance, Chase Bank, Wells Fargo, Zions Bank, and CFO Solutions on some of the preliminary groundwork.
Nikola Motor Company’s flagship vehicle is the “Nikola One”, which Milton described as a 100 percent zero-emission semi-truck featuring a hydrogen fuel cell that powers densely-packed batteries and an electric powertrain that delivers 1,000 horsepower and significant torque. The fuel cell will allow drivers to go between 500 and 1,000 miles between refueling with hydrogen at the company’s expanding hydrogen refueling station network. Other significant benefits of the hydrogen fuel cell technology include the following:

Nikola Motor Company has surpassed over $6.5 billion in reservations for their trucks, and has filled out their manufacturing schedule for the next 10 years. The company has partnered with Ryder Systems, Inc. for all sales and service, and has contracted with a leading third-party manufacturer for its initial 5,000 trucks while the company completes its state-of-the-art assembly operation. Road testing will begin next year, with the first trucks available in two years.

Long-haul trucks carry approximately 70% of the country’s cargo. Milton said the heavy-duty diesel truck market is significant, with an estimated 3.6 million Class 8 trucks on the road in the U.S. today. As these trucks reach end of life, Nikola will be in a great position to take advantage of a potential shift to an innovative and more environmentally friendly trucking option.

Milton said that Nikola Motors “is probably one of the most successful product launches in American history of a private company; and this is something that came out of Utah.” He called this technology the “Holy Grail of trucking.” 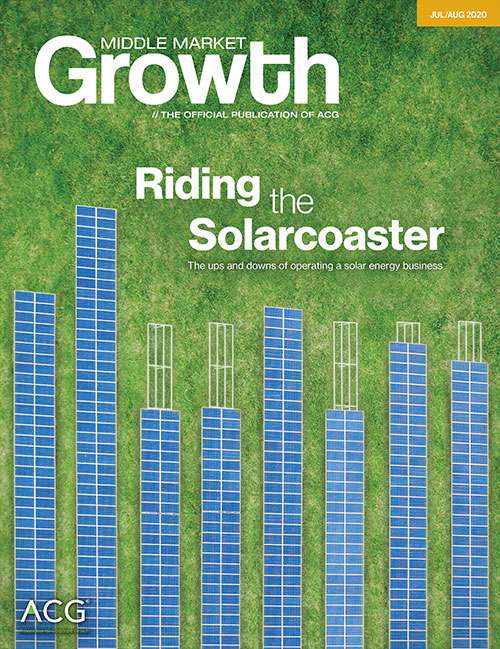 Middle Market Growth® is the official magazine of ACG and mailed to all members as an exclusive member benefit.

GrowthTV delivers insightful and relevant video content to ACG's membership and beyond. 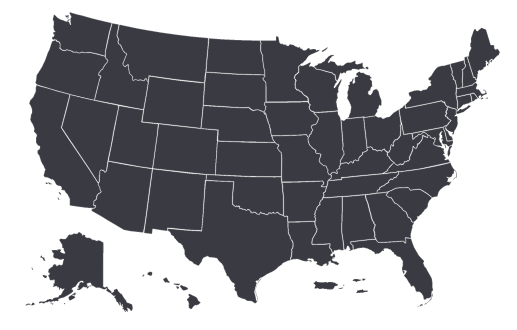 Using multiple independent databases, GrowthEconomy.org illustrates the positive impact that private capital investment has on corporate growth and job creation in the United States. Check out your area today.
Go to GrowthEconomy.org

It’s been a busy week; a reality I know is shared by all of you.

Pandemic’s Box: Once the Workforce is Remote, How Do We Get Them to Come Back?