Body
Long-Term Impacts of the Pandemic on the Restaurant Industry
While the pandemic caused a lot of restaurant chains to close their doors, many chains survived and have even thrived over the past 18 months.  What changes did these operators make to their business models to help them overcome the challenges presented by the pandemic and which of these changes have been implemented permanently?  What about labor?  How did the successful chains maintain their workforce at ample levels to keep their doors open while many operators were short-staffed?   On top of that what about the supply chain?  What obstacles did these operators face as it pertains to their vendors, from food to paper?
On the evening of Wednesday, October 13, ACG101 will be hosting its 9th Annual Restaurant Industry Panel at the Hilton Woodland Hills from 5:30 to 7:30PM.  Come hear the leaders of several well-known restaurant chains discuss these topics and more.  For the first time, each panelist will be bringing food from their establishments which will be served as appetizers at the event.  A bar will also be available.  Registration includes two drink tickets and complementary valet parking (self-parking will not be hosted).
Speakers
Moderator:
Justine Hunter, Moss Adams
Industry Update: David Bonrouhi, Calabasas Capital
Panelists:
Maddy Alfano- Maria’s Italian Kitchen
Eric Anders- Wood Ranch BBQ & Grill/ WR Kitchen & Bar
Mark Kulkis- Chop Stop
David Goldstein- Sharky’s Mexican Modern Mexican Kitchen 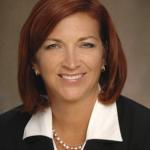 Justine is a Coordinating Audit Partner and has served the retail and consumer product industry for over 37 years. Her role as the National Restaurant Practice leader for the firm allows her to be involved with many of the firm’s restaurant clients, giving her a unique experience of the variations between the types of concepts. She’s a recipient of the Moss Adams Technical Excellence Award. Her experience includes acquisition-related services, complex equity structuring, providing cost-efficient first-time audits going back 2-3 years and assistance in purchase price allocations. Her most recent experience includes the IPO of The Habit Burger Grill in 2014 and two SPAC s: Waitr in 2018 and MetroMile in 2021

Prior to joining Moss Adams, Justine was a Partner with Ernst & Young and worked with several restaurant clients  and has she participated throughout her career in more than 25 IPOs, public debt, public mergers and secondary offerings. 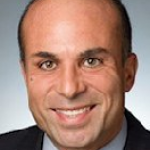 David Bonrouhi is co-founder and Managing Director of Calabasas Capital, a boutique investment banking firm that provides M&A advisory and private equity and debt capital raising for lower mid-market companies. David has 25 years of investment banking and private equity experience. He began his investment banking career at Merrill Lynch in New York and later worked in private equity and venture capital for UnionBanCal Equities, where he co-managed Union Bank’s $200 million portfolio of private equity investments in middle market companies in a wide range of industries. David began his career as a CPA and tax consultant with Price Waterhouse in New York. David holds Series 7, 63 and 79 licenses with Fallbrook Capital Securities Corporation (Calabasas Capital is a dba of Fallbrook Capital). David is a licensed California CPA (inactive) and a licensed California real estate broker. David has an MBA in Finance and Entrepreneurial Studies from UCLA’s Anderson School of Management; and a Masters in Tax and a B.S. in Accounting from Miami of Ohio. 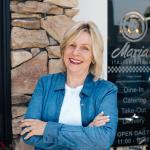 Madelyn Alfano is the CEO and owner of Maria’s Italian Kitchen, one of California’s leading woman privately owned restaurant chains. With headquarters in Van Nuys, CA, and 300 plus employees, Madelyn led the transformation from a family-owned single location grocery/deli to an 8-location multimillion dollar business by acquisition, organic growth, and brand building into a profitable casual dining, central commissary, and catering kitchen enterprise. Madelyn was Chair of the Statewide California Restaurant Association in 2020 working with State of California and local government officials in securing public policy to protect 100,000 restaurant owners and their employees during the COVID-19 pandemic. Madelyn is an active leader in YPO and Chair of the YPO Food and Beverage Network representing 10,000 hospitality owners, franchisees, and public company globally and serving on executive committee member. She is a frequent panelist and member of the CNBC Small Business Council and is consulted for restaurant sector news by the Wall Street Journal, New York Post, Fox, CBS and NBC News. Madelyn graduated UCLA, with a BS in Psychology in 1980 and MDE from the UCLA Anderson Business School in 2015. She lives in Venice Beach CA, is married to Dr. Jeffrey Tucker, and has three children, Cpt Nicolas Reitzin 27 , Josh Tucker 31 and Danielle Tucker 31. Madelyn has been on the list of Top 50 Women Business Owners in Los Angeles for the past 10 years and chosen as one of the Top 25 Enterprising Women in Los Angeles. The L.A. Business Journal named her Business Owner/CEO of the Year at its annual Women Making a Difference Award, The California Legislative Women’s Caucus named Madelyn Alfano Woman of the Year at the State Capitol The L.A. Area Chamber of Commerce named her the Women in Business Champion of the Year. UCLA has honored her with Alumnae of the year for Community Service Award and Maria’s Italian Kitchen was awarded the L.A. Times Readers Choice Best Italian Restaurant. Madelyn also received the Women of Inspiration Award from Shane’s Inspiration and was chosen as LABJ 2017 & SFVBJ 2018-20 most influential businesswoman. August 2019 Madelyn was presented with the Beacon Award; on behalf of The Foodservice Council for Women, which recognizes woman leaders who serve as a Beacon for our industry through her leadership, contributions, and inspiration. In 2021 the San Fernando Business journal recognized Madelyn as one of the top 200 Most influential Leaders 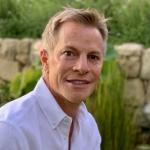 Eric Anders is the Co-founder and Co-CEO of Wood Ranch USA, Inc. The company, based in Westlake Village, California, operates 17 premiumcasual, full-service restaurants. Fifteen operate under the name Wood Ranch and two operate under the name WR Kitchen & Bar. Wood Ranch features a limited menu of award-winning, high quality signature items such as: Premium American baby back pork ribs, Certified Angus Beef™ steaks and burgers, USDA Choice tri tip (the top selling entrée), and fresh fish and chicken. Wood Ranch also offers a broad selection of salads, appetizers, and homemade desserts as well as full liquor service. Since it’s inception in 1992, Wood Ranch has been named: “Top BBQ Spot in Southern California,” Zagat; “Best Barbecue,” The Los Angeles Times; “Best Barbecue,” “Best American Restaurant,” and “Best Steakhouse,” The Los Angeles Daily News; “Best Barbecue,” The Ventura County Star; “Best Barbecue in L.A.,” 97.1 FM Talk Radio (The Merrill Shindler Show); “Barbecue King,” Los Angeles Weekly; “Best Restaurant Value in Orange County,” Elmer Dills, KABC-TV; “Inductee to the Local Barbecue Hall of Fame,” KABC Radio (The Restaurant Show with Mario & Amy); “Best Steakhouse,” The Ventura County Star; “Best Barbecue,” The Los Angeles Examiner; and “Top 10 Kids Menu in America,” Restaurant Hospitality Magazine. Eric was born in Washington, D.C. He started his first business at the age of 10 (a shoe shining business whose sole employee was Eric’s younger brother, Alec). After graduating from Bucknell University with a B.A. in Economics and International Relations, Eric moved to Los Angeles to join a start-up restaurant company. Three years later, Eric returned to school to earn an MBA at UCLA’s Anderson School. Upon graduation, Eric became the first employee with an MBA to work for The Gap. In 1992, Eric joined his friend, Ofer Shemtov, to fulfill his dream of creating and running his own company—Wood Ranch. From the beginning, Eric & Ofer designed Wood Ranch to be a replicable, premiumcasual, restaurant concept. Started on a “shoestring” budget of $80,000 (with 30 team members) in Moorpark, California, Wood Ranch has grown to 17 restaurants with over 1,700 team members in Southern California. In 1998, The Los Angeles Business Journal named Eric one of the “Twenty-Five People to Watch in L.A.’s Business Community.” Eric has also been involved in various charitable organizations including Happy Trails for Kids, The Heart Fund, Jewish Big Brothers of Los Angeles, and Junior Achievement. Eric is the proud father of Natalie and James 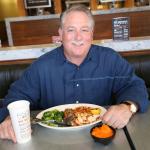 As chief operating officer of Sharky’s Woodfired Mexican Grill, David E. Goldstein has been an integral part of the company’s strategic planning and future growth since 2007. He has extensive background in the fast casual sector as a restaurant industry veteran with more than 30 years of progressive management, operations and R&D experience. During his career, David has been involved at the executive level in the expansion of three restaurant concepts, including TGI Friday’s, Kenny Rogers Roasters and Baja Fresh, with a combined total of 850 restaurant locations nationwide. His considerable experience in organizing and directing successful efforts to establish new enterprises, enhance business volumes and build profitable operations is a valuable asset to the Sharky’s organization. David is also a well-trained cook and brings that innate knowledge to menu development at Sharky’s Woodfired Mexican Grill. David’s professional affiliations include: • UCLA Restaurant Conference - Member Planning Board • UCLA Restaurant Conference - Circle of Excellence Scholarship Foundation Chairman  • The Flavor Experience / BSI Conferences - Board Member  • Flavor & The Menu - Operator Advisor  • The Culinary Institute of America's Center for Menu R&D - Founding Board Member    Recent, restaurant-industry speaking engagements include: • UCLA Restaurant Conference - Panelist  • The Flavor Experience - Panelist  • COEX - Panelist 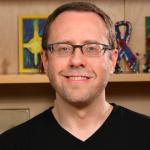 Mark Kulkis is the founder and CEO of Chop Stop Inc. In 2010 Kulkis – a marketing and entertainment executive – had a craving for a chopped salad but nowhere to get one. Frustrated, and with the naive confidence that could only come from having never worked in a restaurant, Kulkis set about creating a quick-serve restaurant chain devoted to chopped salads. The first Chop Stop opened that year, quickly followed by five additional corporate units. In 2015 the company started franchising, and today there are 25 units open in three states. Chop Stop’s tagline is “more than a salad.” Because when you chop a salad so fine you can eat it with a spoon, you get a crisp, crunchy texture and a fusion of flavors in every bite. It’s no longer a salad, it’s a Chop! Design your own Chop from over 40 fresh toppings or simply select one from their menu.

All guests and participants must be fully vaccinated to attend this event.

We will be following local county mandates stating that all guests will be required to wear masks at all times while indoors.

By attending this event, YOU VOLUNTARILY ASSUME ANY AND ALL RISKS ASSOCIATED WITH POTENTIAL EXPOSURE TO COVID-19 (CORONAVIRUS) and YOU HEREBY RELEASE, WAIVE AND HOLD ACG HARMLESS FROM ANY ILLNESS, INJURY OR DAMAGES INCURRED BY YOU IN CONNECTION WITH YOUR ATTENDANCE AT THIS EVENT. 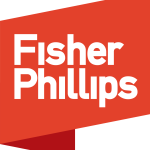