AJ Abdallat is CEO of Beyond Limits and on the advisory board for Caltech’s Center for Autonomous Systems and Technologies (CAST). Beyond Limits is a pioneering artificial intelligence technology company creating advanced software solutions for the most demanding industries including energy, utilities, and healthcare. AJ has over 20 years’ experience building high-tech startups in the fields of bio-inspired artificial intelligence, reasoning systems and smart sensors. Prior to Beyond Limits, AJ was co-founder and CEO of several Caltech/Jet Propulsion Laboratory startups where he raised over $250M in venture and strategic investment. AJ holds a Master of Science degree in Engineering from the University of Missouri and a Bachelor of Science from the University of California at Berkeley. 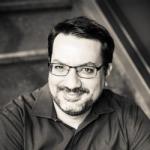 Lior has more than 20 years of experience as an executive in internet networking, robotics, software development and enterprise architecture businesses. He has led and directed diverse teams developing everything from back-office systems to core enterprise technologies. Most recently, he co-founded and later sold EdgeCast, a content delivery platform rated the third in the CDN industry by the Yankee Group in August 2009, and ranked 13th on the Deloitte Fast 500 list for North America 2012. Before that, he co-founded and later sold HostPro (nowWeb.com), an internet hosting company and KnowledgeBased Solution Inc a CRM.

Elazary completed a master’s degree in computer science at the University of Southern California (USC) with a specialty focus on artificial intelligence. He attended a Ph.D. program in robotics at USC, where he met his inVia co-founders. Their work together sparked a passion for the dramatic effect robots can have in driving efficiency and productivity and, most importantly, in helping people live happier and more fulfilling lives.

As a co-founder and CEO of inVia Robotics, Lior has been helping e-commerce companies fulfill orders to millions of people by automating repetitive tasks through the use of mobile robotics. This is achieved through the use of the inVia platform that programmatically digitizes evey logistics workflow and uses AI to continually optimize machines and people.

Apart from being a serial entrepreneur of fast-growing startups, Lior is also an accomplished sailor. In July 2019, Elazary competed in the challenging and often dangerous Transpac—a non-stop sailboat race from Rainbow Harbor in Long Beach, CA to Diamond Head in Honolulu,HI that covered more than 2,300 nautical miles. The voyage was not without some setbacks and harrowing moments, but despite all the challenges, Elazary and his Celestra crew completed the race, finishing first in their division. In navigating his way across the Pacific, he applied much of the management philosophy and skills that he brings to the table as inVia’s CEO. 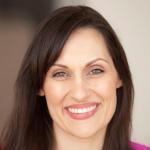 Wells Fargo & Company (NYSE: WFC) is a diversified, community-based financial services company with $1.9 trillion in assets. Wells Fargo’s vision is to satisfy our customers’ financial needs and help them succeed financially. Founded in 1852 and headquartered in San Francisco, Wells Fargo provides banking, investment and mortgage products and services, as well as consumer and commercial finance, through 8,050 locations, 13,000 ATMs, the internet (wellsfargo.com) and mobile banking, and has offices in 38 countries and territories to support customers who conduct business in the global economy. With approximately 265,000 team members, Wells Fargo serves one in three households in the United States. Wells Fargo & Company was ranked No. 26 on Fortune’s 2018 rankings of America’s largest corporations. 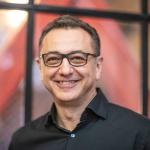 Paolo Pirjanian is the former CTO of iRobot and early leader in the field of consumer robotics with 16+ years of experience developing and commercializing cutting-edge home robots. He worked at NASA JPL and led world-class teams and companies at iRobot®, Evolution Robotics®, and others. In 2016, Paolo founded Embodied, Inc. with the vision to build socially and emotionally intelligent companions that improve care and wellness and enhance our daily lives.