ACG 101 | SaaS Industry Panel: How the Evolution of SaaS is Powering the Digital Transformation

SaaS Industry Panel: How the Evolution of SaaS is Powering the Digital Transformation

As Software-as-a-Service (SaaS) solutions have become part of nearly every business workflow, firms are gaining a better understanding of the opportunities these companies offer, including agility, accessibility, versatility and cost-effectiveness. SaaS trends are taking the lead in disrupting the industry with changes coming into play, such as pricing policies, unbundling and new technologies, like AI and machine learning. Join us to learn more about the proliferation of M&A within this high growth technology space that is leading the digital transformation.

* Please note room change for this program. The February 12th breakfast program will be held in the Lakeside Room at the Westlake Village Inn. * 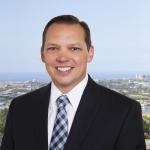 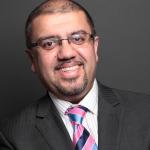 Muizz Kheraj joined FocalPoint’s Los Angeles office in 2012 and heads the firm’s Technology practice. He has spent nearly two decades in technology, both as a software engineer and as an experienced advisor, supporting the capital market needs of middle-market entrepreneurs. Prior to joining FocalPoint, Mr. Kheraj built the TMT practice at McGladrey Capital Markets LLC. He has held leadership roles at various tech and digital media startups; and currently holds active board advisory roles within numerous bleeding-edge tech firms. He has led, managed and closed an aggregate of more than $1 billion in transactions in the tech sector. Mr. Kheraj holds an M.B.A. from the USC Marshall School of Business, a M.S. in electrical engineering and a B.S. in aerospace engineering from UCLA. 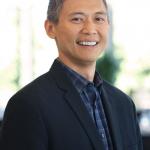 Peter Oey joined LegalZoom in 2014 as Chief Financial Officer. Peter comes from MyLife.com, a consumer Internet business where he served as CFO from 2012 to 2014. Prior to MyLife.com, Peter had spent over 12 years with Activision Blizzard as their VP, Corporate Controller. He also worked as Head of Finance for Activision Europe and for Activision Asia Pacific. He began his career in public accounting and earned his bachelor’s degree from the University of Sydney, Australia and is a licensed CPA registered in Australia. 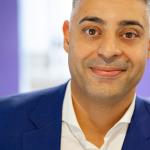 Kareem Saleh is Executive Vice President at ZestFinance, the world’s leading AI credit underwriting company. Zest helps lenders use artificial intelligence to increase loan approval rates, cut defaults and optimize the yield of their lending portfolios. As Zest’s head of business development, Kareem has led the go-to-market strategy for ZAML, Zest's AI underwriting platform, which is used by some of the world’s biggest financial institutions, including Freddie Mac, Discover and Ford Motor Credit, to expand access to credit.

Kareem also served as an executive at SoftCard, a mobile payments startup that was acquired by Google. While there, he negotiated commercial partnerships and software deals with retailers, financial institutions and technology companies like Coca-Cola, American Express and Samsung. Previously Kareem served in senior roles in the Obama Administration, first as Chief of Staff to the State Department’s Special Envoy for Climate Change and then as Senior Advisor to the CEO of the Overseas Private Investment Corporation (OPIC) where he managed the U.S. Government’s $18b portfolio of emerging market investments across the globe.

Kareem is a frequent speaker and author on the application of artificial intelligence to financial services, including consumer loan underwriting, loan servicing, model risk management and fair lending analysis. He is a graduate of Georgetown University Law Center and an honors graduate of the University of Chicago. 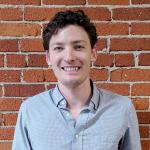 Harrison Steed is co-founder of PickTrace, a Y Combinator backed AgTech vertical SaaS company based in Glendale, CA that recently raised a Series A. Harrison and his brother, Austin, originally created PickTrace to help manage the workforce of their own family's blueberry and avocado farm in Southern California. Today, PickTrace is used by tens of thousands of farm workers each day across some of the largest berry, citrus, and apple growers in the United States as well as in Mexico, Peru, Chile, and Australia. 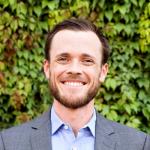 Mike Whitmire, CPA*, is CEO and Co-founder of FloQast, a provider of close management software created by accountants for accountants to close faster and more accurately. FloQast provides a single place to manage the month-end close and gives everyone visibility. The award-winning cloud-based software is trusted by more than 800 accounting departments, including those at Lyft, Twilio, Zoom and The Golden State Warriors. Prior to founding FloQast, Mike was part of the accounting and finance team at rapidly growing Cornerstone OnDemand. Helping prepare for their IPO, it was at the Los Angeles company where Mike came up with the idea that would become FloQast. Mike began his career in audit at Ernst & Young, where his focus was on media and entertainment. Mike graduated from Syracuse University with a Bachelor’s degree in Accounting. 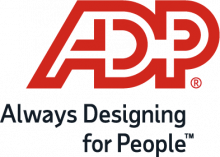 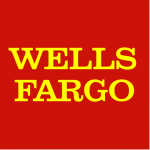