Body
Join ACG 101 in kicking off the new year with a virtual panel featuring three women at the top, who will discuss how they have been navigating their businesses through 2020, and what they anticipate as they look to the future. 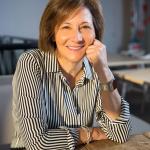 Ms. Antonellis is Division President of Amdocs Media, a division of Amdocs (NASDAQ: DOX) since February 2018, and Chief Executive Officer of Vubiquity Inc. (acquired by Amdocs in 2018), a global media and entertainment distribution technology and services provider. Prior to joining Vubiquity in 2014, Ms. Antonellis held numerous positions at Warner Bros., including President, Technical Operations and Chief Technology Officer. Ms. Antonellis serves as an Independent Director for Cinemark Holdings Inc. (NYSE: CNK) since July 2015 and for Xperi Holding Corp. (NASDAQ: XPER) as of December 2018. She is a voting member of the Academy of Motion Picture Arts and Sciences, a SMPTE Fellow and has been issued a number of patents in the areas of digital distribution and audio/visual processing technologies. She is the recipient of two Emmy's for Technical Production for CBS' Winter Olympics coverage and one Technical Emmy leading the Technical Operations Division of Warner Bros. and its development of a digital processing and distribution automation platform. Ms. Antonellis received her undergraduate education from Temple University’s School of Engineering and a graduate MBA degree with a concentration in Finance from Fordham University. 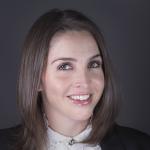 Andrea Blieden was appointed Chief Executive Officer of Lime Crime in May of 2020. With her joining, Lime Crime is well-positioned to focus on its digitally native roots and expand upon the success of its retail launches both domestically and abroad. Lime Crime's goal is to dominate as an innovator in the digital space, while maintaining and growing its retail presence. The brand already has already demonstrated immense success in both its color and hair lines at brick-and-mortar retailers, including Ulta in the US and Selfridges and Boots abroad. The Company also recently launched with a Chinese distributor last fall, which has seen unprecedented success with its hair color line. Prior to joining Lime Crime, Blieden was the U.S. General Manager for The Body Shop, leading a team of nearly 1,000 employees and was responsible for The Body Shop's entire US market. Blieden joined The Body Shop in 2016 as VP, Marketing, and played a critical role in the success of the business. In her role, Blieden oversaw the strategy and performance of The Body Shop’s U.S. market business across retail, wholesale, commercial, marketing and e-commerce. Blieden was also charged with re-establishing The Body Shop to its previous glory as a prominent retailer in the U.S. market and acquiring new millennial customers and loyal customers to the brand. Blieden began her career in the fashion industry. A graduate from UC Berkley and the Fashion Institute for Design and Merchandising, Blieden worked for e-commerce startups before joining L’Oreal in 2010. At L’Oreal, Blieden worked at Kiehl’s, where she operated across several roles including Assistant VP, E-Commerce, Assistant VP, Retail Marketing, and VP, Brand and Retail Marketing from years 2010-2016. Specifically in her role as the lead of E-Commerce, Blieden was successful in more than doubling the business during her tenure. 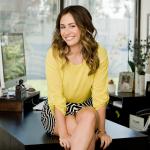 Michelle Wahler is the Co-Founder and CEO of Beyond Yoga. Acting as CEO since 2011, Michelle has led the company in building a top tier management team that has successfully elevated the brand. By expanding the distribution and product line, she has made Beyond Yoga a globally recognized name. Michelle brings over a decade of experience in the retail industry with an extensive background and knowledge of design, production and sales. Her prior experience includes time spent at People Magazine, Harper’s Bazaar and Yahoo. 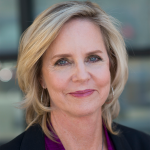 In 2006, when Paula Wilson was appointed President/CEO of Valley Community Healthcare (VCH), it was the culmination of a 25-year career with the nonprofit center that began as a free walk-in clinic in 1970. During her tenure as VP of Planning and Development Paula spearheaded a $6 million capital campaign that resulted in the purchase and renovation of the present 40,000 sq. ft. North Hollywood center. Her promotion to the top leadership position in 2006 coincided with the organization becoming a Federally Qualified Health Center (FQHC) and positioned the organization to become a major player under the Affordable Care Act expansion. Since then she has led an expansion that includes a new full-service health center in North Hills (2015), and the Student Health Center at LA Valley College (2019).

In 2020, Valley Community Healthcare is on the front lines of the fight against COVID in the Valley. As VCH prepares for roll-out of the vaccine, Paula will focus her experience and leadership on building the next phase of community healthcare: technology infrastructure, tele-medicine, in-home patient monitoring, all while working to ensure our 26,000+ patients receive the compassionate care they need. Paula Wilson is an active advocate for affordable health care. She was the 2016-17 Chair of Community Clinic Association of Los Angeles County (CCALAC) and serves on the boards of the California Primary Care Association (CPCA), and Healthcare LA Managed Care IPA. 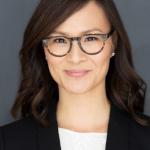 Angela Yim-Sullivan is a market executive for the Wells Fargo Commercial Banking Los Angeles metro market. Based in downtown Los Angeles, Angela leads teams focused on serving the financial needs of business banking and middle market banking customers in central and northeast Los Angeles and the San Gabriel Valley. Since joining Wells Fargo in 2001, Angela has spent time with the middle market banking group based in southern California and the international group based in southern California and Palo Alto. She has held prior roles as a regional vice president, loan team manager and relationship manager. Angela received a B.A. in Economics from the University of California, Los Angeles. She currently serves on the board of the Greater Los Angeles Zoo Association. Angela is a California native, and resides in South Pasadena with her husband and two children. 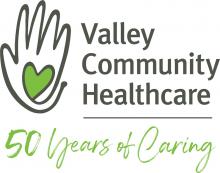 Please consider making a donation, in lieu of registration fee, to Valley Community Healthcare, a 501(c)3 non-profit organization, that provides a wide array of clinical and patient-centered programs through a neighborhood network of healthcare centers in the San Fernando Valley. 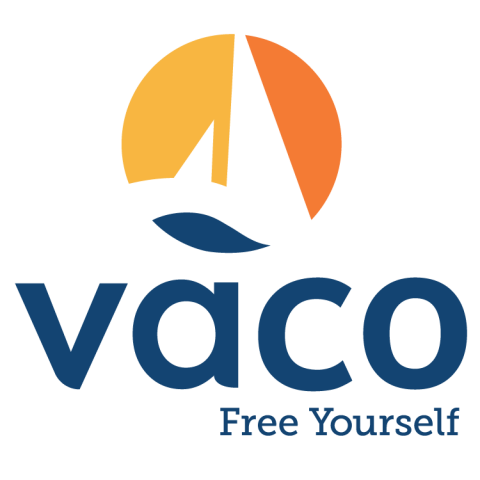