Body
Join ACG Atlanta as we invite Charlie Nelson of Nelson's Greenbrier Distillery to share the incredible growth and resurrection story of the distillery and engage in a guided bourbon tasting with The Bourbon Whisperer Rod Arnold.
ONLY VIRTUAL SPACE REMAINS
Register Today!
VIRTUAL
$95 - ACG Members
$115 - Not Yet Members & Guests
SOLD OUT
IN PERSON
Outside Location: Branch & Barrel - Avalon
$125 - ACG Members 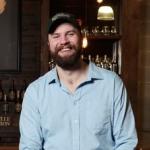 Brothers Andy Nelson and Charlie Nelson have always had a lot in common. Both graduated from Loyola Marymount with degrees in the Humanities concentrating on Philosophy; both are history buffs, true southern gentlemen and proud of their family roots. But when they set out to resurrect Nelson's Green Brier Distillery, founded in the 1800s by their great-great-great grandfather Charles Nelson, the boys realized their kinship ran deeper than blood. They both had spirit pulsing through their veins. So in their mere 20s, the Nelson brothers have set on a grand journey—not just to make and sell whiskey—but to rebuild a business that helped bring the term 'Tennessee Whiskey' to America and Europe. Through researching, seeking capital, crafting brands from Charles Nelson's original recipes and putting bottles of their small-batch bourbon on shelves, they are the essence of the American dream and spirit. 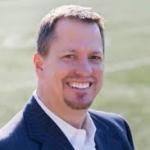 A highly-regarded search industry executive for three decades, Rod increasingly found himself involved in "all things bourbon" as his personal hobby became part of a nationwide obsession shared by thousands of enthusiasts and new converts. His vast product knowledge is sought out by retailers, restauranteurs, chefs, spirits industry representatives and casual enthusiasts alike.  He is a certified Executive Bourbon Steward, a lifetime member of the Stave & Thief Society of Louisville, and currently serves as the president of the Atlanta Bourbon Cartel.