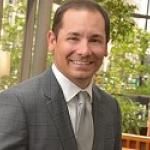 Rob is the Chair of Taft's Cincinnati Business practice group where he has garnered a reputation as a leading advisor to growth-minded companies, venture capital funds, family offices, government entities, research institutions, and sports franchises. Rob partners with his clients to develop and implement the appropriate strategies to achieve their organizational goals; whether it be growth, efficiency, or risk mitigation. In doing so, he leads mergers and acquisitions, debt and equity financings, securities offerings, and other strategic initiatives. In addition, Rob assists his clients with fund formation, IP commercialization and tech transfer, and on developing programs to manage recurrent litigation.

Most recently, Lt. Gov. Jon Husted has named Rob to the executive committee of InnovateOhio, a new state government innovation initiative where Rob Chairs the Ohio IP Promise workgroup. Civically, Rob is currently the Board Chair of the Cincinnati Symphony Orchestra, a 125-year old institution, and serves on the executive committee of the Association for Corporate Growth (ACG) Cincinnati. He is also on the board of MORTAR Cincinnati and Main Street Ventures, which are creating opportunities to build communities through entrepreneurship.

Rob received his bachelor's degree from Duke University and his MBA from the Kellogg School of Management, Northwestern University. While an undergraduate, he completed comparative law course work at New College, Oxford University. He earned his J.D. from Washington University School of Law, and during his last term of law school, he clerked at the U.S. Securities and Exchange Commission. Rob grew up in the United States, Canada, the Philippines, Japan and Belgium. 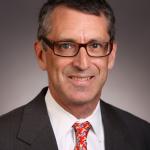 Gordon also oversees the hospital’s technology transfer and commercialization department.   His group concentrates on accelerating discoveries, in particular, those with the greatest potential to become products that improve and save lives. Collaborating with industry, venture capital, foundations, and government sponsored programs, Gordon and his team ensure scientific and technical innovations developed at Cincinnati Children’s achieve maximum value and impact, not only at Cincinnati Children’s, but around the world by building a bridge between the discoveries and the new or existing companies prepared to bring those technologies to fruition.

Gordon is the Board Chair of National Association of Proton Therapy.  He also actively serves as a Member of the Board of Directors of:  Kurome, Inc.; IncludeHealth, Inc.; BioOhio; Staq Pharma, Inc. and CincyTech, as well as a Board Observer on Bexion, Inc., Enable Injection, Inc. and Aruvant Sciences.

He earned his undergraduate and Juris Doctorate degrees from Boston University.

Justin R. Thompson has served as our Vice President, Business Development since March 2021. Previously, Mr. Thompson served in multiple business development roles at CinRx from August 2016 until August 2021, and as principal of CinyTech, LLC, a public-private seed-stage investor focused on high growth life science and digital companies, from January 2008 until April 2016. Mr. Thompson has a M.S. from University of Cincinnati and a B.S. from Washington University in St. Louis University.

Join us for the Annual VC Luncheon Program, moderated by Rob McDonald of Taft Law Firm.