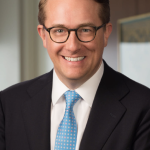 Matt is a senior member of the Investment Strategy Group (ISG), which advises high net worth and institutionalinvestors on asset allocation. He is focused on building a local presence for ISG on the US west coast. In this role, Matt helps develop ISG’s investment recommendations and its economic and financial market outlook, with a primary focus on equity markets. Prior to assuming his current role in San Francisco, Matt was based in New York from 2003 to 2021. Previously, he held other leadership positions in ISG, including chief operating officer. Matt initially joined Goldman Sachs in 2003 as an analyst in the Global Investment Research Division, covering companies in the US consumer sector. He transferred to ISG in 2006 and was named managing director in 2012.

Matt is the former chair of the Board of Directors of the Bronx Lab School. Matt earned a BA in Economics, Phi Beta Kappa, from the University of Southern California.