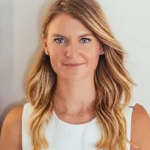 Lindsey Schultz is a native Texan with a lifelong love of fashion, design, and jewelry, especially diamonds.

With her concierge jewelry service, Houston Diamond Girl takes the mystery (and fear!) out of the jewelry selection process. While engagement rings are her biggest market, she can help with wedding bands, other rings, necklaces, bracelets, and earrings.

She works one-on-one with clients from selecting the right stones to crafting the perfect setting. The client can be involved as much or as little as wanted. Either way, the process is quick, seamless, and fun!

A client will consult with Lindsey, and together they will brainstorm designs. These designs can be modern, traditional, one-of-a kind, or a replica of old family jewelry. The design comes to life through CAD-CAM designed artwork and the miracle of 3-D printers. A client can touch, feel, and even wear a hard wax mold of their design before any precious metal is cast. This way, changes can easily be made to the jewelry before the design is finalized.

Working with numerous industry contacts, Lindsey hand-sources the stones through different diamond vendors and stone suppliers to constantly achieve the best pricing and quality for her clients, which quickly earned her title as Houston Diamond Girl. Lindsey's high energy and professionalism result in quick turnaround time.

Lindsey brings 10+ years of experience to her business. Before, during, and after receiving her BA from LSU (majoring in fashion merchandising and minoring in business), Lindsey was the General Manager of a local jewelry boutique. She then became a diamond sales consultant with a national firm and completed her diamond certification course through GIA - Gemological Institute of America.

When Lindsey is not immersed in the jewelry business in Houston, she is passionately involved in two non-profits by serving on their boards and personally participating in mission trips to help the people involved. She Has Hope works to eliminate human trafficking from Asia and Africa. Common Well - Living Water International works to bring fresh drinking water to needy communities world-wide. 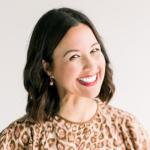 In 2009, while working at Hilcorp, Carrie earned her MBA from The University of Texas. During her twelve-year tenure at Hilcorp, Carrie held various roles of leadership in engineering, finance, strategic planning, investor relations, and more. Her experience at this company was transformational in two ways. First, she learned so many entrepreneurial lessons and leadership skills from the company’s founder. Beyond that, though, the company changed her life because of its entrepreneurially-geared incentive structure. Having equity and ownership during a time of great company growth was, frankly, life-changing for Carrie.

So, in 2016, Carrie “retired” from that industry at age 38. Up until that point, all of her education and professional choices had been very pragmatic and practical in nature. But now she had the freedom to finally build her next professional chapter with intention. Without knowing what was next, she stepped away from a lucrative career, determined to craft her next role with purpose and passion.

In the interim, Carrie became a colorful content creator / influencer / blogger via her @carriec Instagram account and her carriecolbert.com website. In so doing, she began connecting with women entrepreneurs both online and offline. Shortly thereafter, she began investing her own money into female-founded companies like Packed Party and more. In just five short years, that generated a 10x ROI.

With an overflowing pipeline of great deals, Carrie officially launched Curate Capital in 2021! She never set out to become a venture capitalist. Quite the opposite, in fact! It all happened very organically and naturally. Curate Capital is a venture capital fund that invests in businesses by women for women. Carrie strategically sources and scopes deals, advises on macro strategic planning, financial strategizing, as well as marketing and social media tactical efforts. Indeed, helping her founders accelerate their paths to success and amplify their messages brings her great joy and fulfillment!

In addition to her work at Curate Capital, Carrie mentors and advises a large community of women in business. Additionally, she proudly serves as an officer for The University of Texas Cockrell School of Engineering executive advisory board. In 2013, she received the Outstanding Young Engineering Graduate Award, a distinguished alumni award reserved for one rising star each year. She is also a sought-after speaker at conferences and events for female entrepreneurs.

She is most proud to be known as mommy to her four-year-old daughter Elle and her one-year-old son, Luke. As they say in their family, “teamwork makes the dream work!” – and she is truly grateful for the partnership she and Mark have in raising their family and building this business.