Body
We all dream of working for the corporate utopia with a culture that is engaging, nurturing and rewarding. On the other hand, CEOs dream of high-performing teams, a strong corporate reputation, and an impressive competitive advantage.
Where and, better yet, how do the two intersect and balance? It begins with values, or ‘cultural promises’ that will define behaviors and, in turn, will lead to long-term personal and corporate consistency across multiple platforms, ensuring a commanding bottom line.
Millions of people have learned how to create this template for success from two CEOs who are passionate about organizational culture: Ken Blanchard and Garry Ridge. Ken and Garry will be our guest speakers and will discuss how the impact of leadership style can influence corporate culture, and how to embrace employee well-being to deliver strong collaboration, innovation and loyalty.
Key Takeaways:
Panelists: 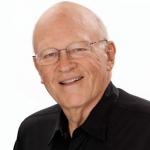 Dr. Ken Blanchard is the Co-Founder and Chief Spiritual Officer of The Ken Blanchard Companies, an international management training and consulting firm that he and his wife, Margie Blanchard, began in 1979 in San Diego.  Universally characterized as one of the most influential and compassionate leadership experts in the world, Ken is respected for his lifetime of groundbreaking research and thought leadership.  In fact, few people have influenced the day-to-day management of people and companies more than Ken Blanchard.

Ken is a sophisticated storyteller with a knack for making the seemingly complex easy to understand.  Ken’s impact as an author is far-reaching.  His iconic 1982 classic, “The One Minute Manager” co-authored with Spencer Johnson has sold more than 12 million copies and remains on the best seller lists today.  In the past three decades he has authored or co-authored 60 books whose combined sales total more than 21 million copies and have been translated into 42 languages, including “Raving Fans, The Secret” and “Leading at a Higher Level.”  In 2005 Ken was inducted into the Amazon Hall of Fame as one of 25 best-selling authors of all time.  He received his master’s degree from Colgate University and his bachelor’s and doctorate degrees from Cornell University. 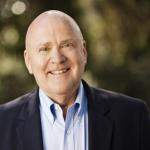 Garry O. Ridge is Chairman and CEO of WD-40 Company. He joined WD-40 Company in 1987 and held various leadership positions in the company before being appointed to CEO in 1997. He is also an adjunct professor at the University of San Diego where he teaches the principles and practices of corporate culture in the Master of Science in Executive Leadership program. He is passionate about the learning and empowering organizational culture he has helped establish at the WD-40 Company. In 2009, he co-authored a book with Ken Blanchard outlining his effective leadership techniques, titled “Helping People Win at Work: A Business Philosophy called ‘Don’t Mark My Paper, Help Me Get an A.’” A native of Australia, Mr. Ridge holds a certificate in Modern Retailing and Wholesale Distribution and a Master of Science in Executive Leadership from the University of San Diego.

NO onsite registration for this event.

By attending this event, you voluntarily assume any and all risks associated with potential exposure to COVID-19 (Coronavirus) and you hereby release, waive, and hold ACG harmless from any illness, injury, or damages incurred by you in connection with your attendance at this event.

Your registration for this event acts as an audio/video release and includes your permission for ACG San Diego to use your image and comments captured on audio, video or photographic formats while attending the event for marketing and promotional purposes. For further information please contact: Judy Susser-Travis - ACG San Diego Executive Director @ acgcsandiego@acg.org or 619.741.7247.