Ed Curtis will talk about "Why Texas?", specifically the continuing migration of businesses to Central Texas. This lunch is sponsored by Wilson Sonsini Goodrich & Rosati.

Online registration is now closed. Walk-ins will be accommodated at the following rates: ACG Member price @ $60., Non-Member price @ $95.
This lunch will take place at The UT Club, located on the East side of DKR Memorial Stadium on the UT campus (2108 Robert Dedman Drive, Austin 78712). We recommend parking in the Manor garage across from the UT Club, but parking is not included in the lunch registration price.
COVID-19 Procedures:•  Masks are optional, however ACG recommends you follow CDC and local guidelines which state if you are not fully vaccinated, masks should be worn when you are not eating or drinking.•  We will continue to monitor the COVID-19 situation, remain vigilant and strictly adhere to all recommended cautionary measures, protocols and guidelines from various health organizations and local authorities, in aneffort to ensure our guests remain in a safe and healthy environment.   We will make operational changes and consider additional precautionary measures as necessary.

Please cancel your registration & receive a refund if you have registered for this event, and any of the following applies:•  You have tested positive for COVID-19•  Are waiting for COVID-19 test results•  Have COVID-19 symptoms, or if you have had close contact with a person who has tested positive for or who has symptoms of COVID-19
By attending this event, YOU VOLUNTARILY ASSUME ANY AND ALL RISKS ASSOCIATED WITH POTENTIAL EXPOSURE TO COVID-19 (CORONAVIRUS) and YOU HEREBY RELEASE, WAIVE AND HOLD ACG HARMLESS FROM ANY ILLNESS, INJURY OR DAMAGES INCURRED BY YOU IN CONNECTION WITH YOUR ATTENDANCE AT THIS EVENT.
Your registration for this event acts as an audio/video release and includes your permission for ACG Austin/San Antonio to use your image and comments captured on audio, video or photographic formats while attending the event for marketing and promotional purposes. For further information please contact: Sara Singer - ACG Austin/San Antonio Chapter Executive @ acgasa@acg.org or 512-970-0417. ACG Austin/San Antonio reserves the right to fill open seats with walk-in registrants at the respective event venues once the networking period has passed and the official event programming has begun. In rare instances this could mean that registered attendees arriving late will not have a seat readily available upon their arrival. In these instances ACG Austin/San Antonio will work to accommodate the attendee, and if not able to do so to the attendee's satisfaction, ACG Austin/San Antonio will refund their registration fee.Cancellation Policy – Cancellations received in writing to acgasa@acg.org by 5PM, Feb. 1st will receive a full refund. There are no refunds for cancellations received after 5PM on Feb. 1st. If you are an ACG Member unable to attend, you can transfer your registration to another person for this same event. If the person attending in your place is not an ACG Member, they will need to pay an additional fee to bring them up to the non-member rate to attend. 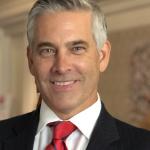 Born and raised in New York, Ed Curtis relocated to Dallas, Texas at the age of twenty-five and has happily lived in the Lone Star State ever since. Over more than twenty years as a Texas commercial banking executive, Ed witnessed an increasing number of clientele relocating their businesses into Texas.  As a result, he exited the banking industry to form YTexas.

In 2012, Ed traveled the world with Governor Rick Perry and his Office of Economic Development, assisting in the recruitment of companies interested in relocating or expanding their businesses into Texas.  In 2013, Ed founded and trademarked YTexas, an elite business network that helps support, promote and connect companies that are relocating and expanding into the Lone Star State. YTexas has become a turnkey, go-to resource for the most current insider information about Texas' community, commerce and culture.

Ed is the author of Why Texas: How Business Discovered the Lone Star State, co-hosts the CEO Insider Podcast and is a frequent guest and contributor to the Fox Business Channel, CNN Money and several Texas business publications.  Ed's ultimate vision is to build YTexas to national prominence and to replicate the program in states around the U.S.. Ed lives in Austin with his wife, Staci, and two children.