Body
ACG Boston invites family office investors, company founders & CEOs to an exclusive virtual networking happy hour on January 28 to meet and reconnect with their peers as we kickoff the new year!
With 2020 in our rearview mirrors, join us with your beverage of choice as we come together to make new connections, share best practices and toast to making 2021 a great year.
We will be joined by Liz and Jeremy Hitchcock, entrepreneurs and investors, founders of Dyn and Minim, which recently merged with Zoom Telephonics, and principals at Orbit Group, a single family office in NH.Liz and Jeremy will share stories of some of their recent investments and how they are working to deploy capital in the current environment.
This event is by invitation only for family office investors and company founders and/or CEOs. 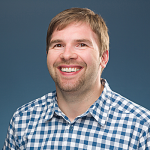 Jeremy Hitchcock has been building mission-driven companies, teams, and ecosystems in New Hampshire and the greater Boston area for the past 15 years. In 2001, from his Worcester Polytechnic Institute dorm room, Jeremy founded Dyn, an internet infrastructure within the global routing/DNS system. After graduating with a B.S. in Management Information Systems, Jeremy served as CEO until 2016, growing Dyn to 500 people, $100mm of ARR, and raising $100mm of growth capital. The company was acquired by Oracle in 2017. His global impact has earned him numerous awards, including recognition as a 2016 Ernst and Young Entrepreneur of the Year finalist, as well as Inc. 500 and Deloitte Fast 500 rankings. He has also received honorary doctorates from the University System of New Hampshire and Rivier University for his efforts on workforce and economic development. Most recently, the University of New Hampshire recognized his entrepreneurial prowess as the 2019 Holloway Entrepreneur of the Year. Together with his wife Liz, Jeremy is an active angel investor and philanthropist, focused especially on their vibrant home community of Manchester, NH, where they opened an independent bookstore in 2018. Additionally, he serves on the Board of Trustees at both Worcester Polytechnic Institute and the Community College System of New Hampshire, the latter of which he is Chairperson. 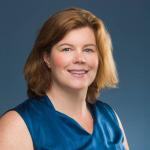 Liz Hitchcock is an eclectic entrepreneur, investor, small business owner, and champion for the arts and her community, focused on technology and real estate projects. Her mission is to provide support through guidance, relationships, and capital, in order to build a better community. Liz graduated from Worcester Polytechnic Institute in 2002 with a degree in Computer Science. She became part of the founding team at Dyn, an internet infrastructure within the global routing/DNS system, serving as the company’s first marketing and sales leader. She then became a co-founder of Minim, Inc., an IoT startup born from the acquisition of Dyn by Oracle, making consumer WiFi and home networks simpler and safer. Currently, Liz is focused on development of The Factory on Willow, a 100,000 sq/ft work/live space for creators, innovators and entrepreneurs. She’s also the proud founder of the independent bookstore and cafe Bookery Manchester. She spends a great deal of time focusing on her passion for the arts by actively participating on several nonprofit boards and committees. She also serves as a Director to St. Mary’s Bank. In 2018, she was awarded an honorary Doctorate of Humane Letters from Rivier University for her innovation and focus on technology, workforce development and service to the community. 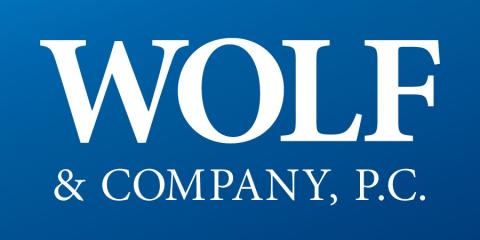 If you are a family office investor, founder or CEO, and would like to attend, please email us to request an invitation.