Online registration is now closed. Walk-ins are welcome at the door at 3:45pm for an additional fee.

ACG Boston invites you to our 2nd annual M&A Outlook Conference on March 7, 2018 at the UMass Club in Boston.

Join your fellow deal professionals for an update on the M&A landscape from a macro level, as well as a deeper dive with executives in the cybersecurity, food & beverage, and energy/sustainability middle market industries on how changes over the first few months of the year might impact the market going forward, and come away with actionable insights as you plan strategic transactions for the future. 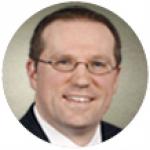 Prior to joining the Investment Strategy and Solutions team, Stephen held various roles at The Boston Company Asset Management over the course of almost 8 years with the firm including global equity trader, equity analyst on the Opportunistic Value team with coverage responsibilities for Technology (Ex-Software) and Industrials, client service, and business planning where he supported strategic planning initiatives of the Executive Team at The Boston Company. Prior to joining The Boston Company in 2002, Stephen was a junior block trader for JP Morgan Chase where he traded European equities and ADR's.

Stephen holds a degree in economics from Wesleyan University, a master’s degree in Finance from the Carroll School of Management at Boston College and also holds the Chartered Financial Analyst designation. Stephen is a member of the Boston Economic Club, Boston Security Analysts Society as well as the CFA Institute. 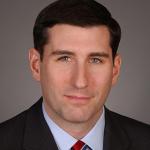 Lewis N. Segall is a corporate partner and leader of the Corporate/M&A Group. Mr. Segall’s practice is focused on a number of transactional areas. He regularly represents public and private companies in equity and debt financings, joint ventures, domestic and international mergers and acquisitions, and general corporate matters. He also represents financial institutions in secured and unsecured credit facilities. His clients consist of major financial institutions, private equity groups, family-owned businesses, family offices and other investors, as well as emerging and established companies engaged in a variety of industries, including renewable energy, advertising, health care, communications, manufacturing and software.

Mr. Segall is the author of Mergers & Acquisitions: A Step-by-Step Legal and Practical Guide (2nd edition) (Wiley), which he co-authored with Edwin L. Miller, Jr. 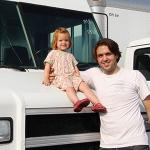 Ayr Muir is the Founder and CEO of Clover Food Lab, a nationally recognized restaurant company operating 12 restaurants in the Greater Boston Area. Clover seeks to help meat lovers become vegetable lovers. For the average American eating a meal without meat is the most dramatic step that can be taken to address global warming. Starting with a food truck in 2008, and opening his first restaurant in 2011, Muir has built a passionate base of customers, 90% of whom are not vegetarian. Clover sources an unprecedented amount of its menu from regional suppliers and helps improve the health of its customers with nutritionally conscious options.

Before Clover Ayr worked at McKinsey and Company (‘04-08) advising the CEOs and CMOs of the world’s top consumer and retail companies. Prior to that he worked with Patagonia (’04) on marketing. Ayr holds an MBA from HBS (’04), a Bachelor of Science, and Master of Science from MIT (’00, ’01) 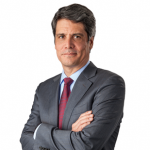 Bret Padres is the Chief Executive Officer of The Crypsis Group. He has over 25 years of experience in information security, digital forensics, law enforcement, electronic discovery, and counterintelligence. Mr. Padres has responded to, investigated, remediated, and advised legal teams on issues resulting from some of the highest profile retail and state-sponsored data breaches in recent times. In addition, he has testified as a digital forensics expert in a number of trials including an espionage case in federal court.

Mr. Padres began his career as a computer programmer and later became a Special Agent in the U.S. Air Force Office of Special Investigations. There he was the lead agent on numerous national and international computer intrusion investigations, and conducted computer forensic examinations for criminal investigations involving child pornography, homicide, narcotics, and violent crime.

He later served as the Chief of Research and Development in the Computer Crimes Unit for the U.S. Postal Service Office of the Inspector General where he conducted investigations in addition to overseeing the research, development, and implementation of new computer crime technologies. In this capacity, he also acted as the liaison to the Central Intelligence Agency on a national software development project.

In the private sector, Mr. Padres was most recently a Managing Director at Stroz Friedberg where he managed the firm’s execution of the Cyber Resilience practice. In addition to managing a team responsible for intrusion investigations, security risk assessments, penetration tests, and data breach response, he maintained an active case load and led a team responsible for authoring several forensic tools.

Mr. Padres was also the Director of Incident Response for Mandiant (later acquired by FireEye) where he responded to and resolved high-risk intrusions for government agencies and Fortune 500 companies; and the Director of Cyber Operations at Athena Innovative Solutions where he directed network surveillance and intrusion detection counterintelligence operations for U.S. government agencies and built forensic and field monitoring capabilities in support of counterintelligence cyber-operations for government clients.

Mr. Padres holds a Bachelor of Science degree in computer information systems from Excelsior College and holds a number of professional certifications. He has developed a number of open source digital forensic tools and co-hosts a Internet radio show, where he interviews industry experts and explores digital forensics, network security, and computer crime topics.

Special Thanks to the M&A Outlook Committee 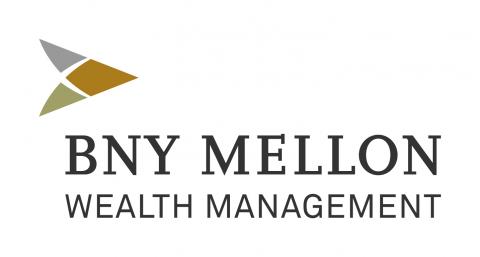