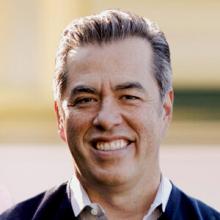 Rich Lawson is the Chairman, Chief Executive Officer and Co-Founder of HGGC, and the Chairman of Pathfinder Acquisition Corp. Headquartered in Palo Alto, California, HGGC is a leading private equity firm with over $5.4 billion in cumulative capital commitments and manages portfolio companies that employ more than 65,000 employees globally. Rich has been involved in all phases of the firm’s development since its formation and directs the firm’s strategy and investment decisions, governance and investor relations. Since HGGC’s inception, he has overseen over 200 completed transactions representing more than $27 billion in aggregate transaction value.

Rich also serves as a director, chairman emeritus or trustee of several philanthropic and cultural institutions including the Capital Impact Foundation, San Francisco Zoo, Wasatch Adaptive Sports and the Forever Young Foundation, the organization that is a primary benefactor of HGGC's carried interest proceeds used to support extensive philanthropic work in children's causes around the world.

Rich received his M.B.A. from Harvard Business School and a B.A. in Interdisciplinary Studies from Amherst College.