WEBINAR: Get and Keep the Best Talent in China 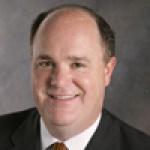 In 2005, Alex founded East West Associates (EWA) which provides Operational, Commercial and Risk Management solutions on-the-ground in China/Asia. With offices in the US and China, all EWA operational executives have lived in China and Asia and held senior management positions with P&L responsibilities for western multinational companies operating in China, including Briggs & Stratton (NYSE: BGG), Bechtel Corporation and Littelfuse, Inc. (NASDAQ: LFUS). Prior to founding EWA, Alex spent 8 years as the Director of International Sales and Business Development for Barnhardt Manufacturing Company, a leading manufacturer supplying the global medical market and importer of consumer products. His primary responsibilities included developing/executing global strategic initiatives through partnerships, joint ventures and licensing arrangements, introducing disciplined product development procedures with manufacturing, R&D and technical divisions to increase sales of new products, building an Asian, European and South American customer base and management of sales, marketing and product distribution in these areas, and marketing patented and trademarked products to global converters and end-users within each foreign market. During his tenure at Barnhardt, Alex was awarded the North Carolina Governors International Trade Award in 1998, 2000 and 2002 for significant increases in international trade, primarily in Asia, and the U.S. Department of Commerce’s Export Achievement Certificate. Additionally, he served on the Board of Directors for the North Carolina World Trade Association, a U.S. trade organization representing major companies with domestic and global operations. Prior to Barnhardt, Alex practiced law for Ogletree, Deakins, Nash, Smoak and Stewart, the third largest labor and employment law firm in the U.S., specializing in employment and business law. Alex received a Juris Doctor from the University of North Carolina School of Law. Before law school, Alex served as a Congressional Lobbyist in Washington, DC for the American Textile Manufacturers Association, the National Association for Textile Manufacturers, and as a Committee Assistant to Congressman Elton Gallegly of California. As a lobbyist, Alex was responsible for international trade and business legislation before the U.S. Congress and traveled overseas with manufacturers interested in establishing foreign operations. Alex received a Bachelor of Arts degree from Washington and Lee University. He and his wife reside in Charlotte, NC. 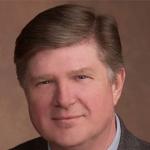 Jon Anderson currently holds the position of Vice President & Managing Director for East West China. He is responsible for oversight and execution of all EWA projects in greater China, business development and staff development.

In addition to his 25 year manufacturing and consulting career in China, Mr. Anderson has been an Adjunct Professor at Fudan University in Shanghai and DePaul University in Chicago.  He holds an MBA from Pepperdine University and a BS degree from Purdue University.