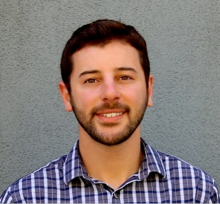 In 2011, Mike Safyan joined the eight-person founding team at Planet where the company was building the first iterations of its Dove smallsats. Currently, he is responsible for Planet's Launch strategy and has overseen the launch of nearly 500 Planet satellites across 30+ launch attempts working with a variety of different launch providers and launch vehicles. His role at Planet has evolved over time; he was previously in charge of Regulatory Licensing and Compliance, working with Export Control agencies, the FCC, the ITU and NOAA to obtain the required approvals and authorizations for commercial, remote sensing satellites, and for a time he also oversaw the regulatory licensing and contractual management of Planet's global ground station network.

Mr. Safyan started his career working on lunar rover designs for the Barcelona Moon Team, competing for the Google Lunar X-Prize, and then joined the PhoneSat team at NASA Ames where he worked as a Systems Engineer developing ultra low-cost cubesats utilizing smartphone technologies.

Panel II: The Next Frontier- Opportunities in Commercial Space