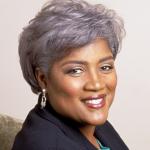 Veteran Democratic political strategist Donna Brazile is an adjunct professor, author, syndicated columnist, television political commentator, former Vice Chair for Civic Engagement and Voter Participation at the Democratic National Committee, and the former Chair of the DNC’s Voting Rights Institute. Recently, she served as Interim Chair of the Democratic National Committee, a role which she assumed shortly before the start of the historic 2016 Democratic National Convention which nominated Secretary Hillary Clinton for President. She is also the author of the best-selling memoir Cooking with Grease: Stirring the Pots in American Politics and an on-air contributor to ABC, where she regularly appears on This Week. Since 2000, Brazile has lectured at over 190 colleges and universities across the country. She is a contributor to Essence Magazine’s 2016 coverage and O, The Oprah magazine, and has made three cameo appearances on CBS’s The Good Wife, and twice on Netflix’s House of Cards. She recently appeared on BET’s Being Mary Jane. After all, acting, as she will say, is the key to success in politics.

Brazile was named in O magazine’s first-ever list of 20 “remarkable visionaries,” and Washingtonian magazine named her among its “100 Most Powerful Women,” while Essence magazine listed her as one of the “Top 50 Women in America.” Brazile also received the Congressional Black Caucus Foundation’s highest award for political achievement. Aside from working for the full recovery of her native New Orleans, Brazile’s passion is encouraging young people to vote, working within the political system in order to strengthen it, and running for public office. In her presentations, she addresses our current political environment, hot-topic legislation, campaigns, and voting.

Political Beginnings. Brazile began her political career at the age of nine when she worked to elect a City Council candidate who had promised to build a playground in her neighborhood. The candidate won, the swing sets was installed, and a lifelong passion for politics was ignited. Four decades and innumerable state and local campaigns later, Brazile has worked on every presidential campaign from 1976 through 2000, when she served as campaign manager for former Vice President Al Gore, becoming the first African-American woman to manage a presidential campaign.

She is currently on the board of the J. William Fulbright Foreign Scholarship Board, the National Democratic Institute, the National Institute for Civil Discourse, Joint Center for Political and Economic Studies, the BlackAmericaWeb.com Relief Fund, Inc. She also serves as co-chair for Democrats for Public Education. 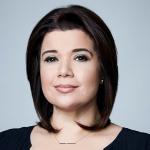 Ana Navarro is a well-known Republican strategist and a political analyst for CNN and CNN en Español. She is also a political contributor on ABC’s The View. The Miami New Times named her a “Republican power-consultant,” and the Tampa Bay Times called her “a sought-after voice in Republican politics and an adviser for any presidential hopeful,” saying, “with confidants Jeb Bush and Marco Rubio she is poised to play a big role in the GOP response to immigration reform and Hispanic outreach.” Respected on both sides of the aisle for her straight shooting and candor, Navarro frequently appears in the media, sought after by Meet the Press, Bill Maher’s Real Time, Anderson Cooper 360, and The View, to name a few. “Ana speaks the truth, and she is willing to speak the truth to power without reservation…She has the ear of lots of elected officials,” said Republican consultant Brett O’Donnell. She is in touch with the political issues people are talking about, and in presentations, she discusses the latest hot button issues in politics, giving audiences an insider’s view of the upcoming elections and a roadmap for where the country is headed.

Political Expertise. Navarro most recently served as the national Hispanic co-chair for Governor Jon Huntsman’s 2012 campaign and the national co-chair of John McCain’s Hispanic Advisory Council in 2008, where she was also the national surrogate for the McCain 2008 campaign. She has played a role in several federal and state races in Florida. She served on Governor Jeb Bush’s transition team in 1998 and was his first director of immigration policy in the Executive Office of the Governor.

In 2001, she served as ambassador to the United Nation’s Human Rights Commission, devoting much of her energy to condemning human rights abuses in Cuba. In 1999, she worked in the private sector, representing private and public clients on federal issues, particularly related to immigration, trade, and policy affecting Central America. In 1997, she was a special advisor to the government of Nicaragua and was one of the primary advocates for NACARA (Nicaraguan Adjustment and Central American Relief Act).

Education and Immigration. Navarro is a graduate of the University of Miami. In 1993, she obtained her BA in Latin American studies and political science. She obtained a Juris Doctorate in 1997. She was born in Nicaragua, and in 1980, as a result of the Sandinista revolution, she and her family immigrated to the United States. 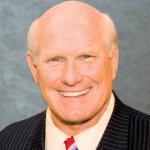 No one can spiral them into the end zone like Bradshaw…

The first player chosen in the 1970 draft, the 6’3” Bradshaw became one of the most prolific quarterbacks in history. He was the first quarterback to win four Super Bowl championships (1975, 1976, 1979 and 1980), making him a perfect 4-0 Super Bowl play, an extraordinary feat that has only been duplicated once, 10 years later, by Joe Montana. In those four performances, he completed 49 of 84 attempted passes (nine for touchdowns) for 932 yards (second all-time), with just three interceptions while amazingly calling his own plays, something rarely done when Bradshaw played and unheard of in today’s NFL. He still holds the Super Bowl passing records for average gain per attempt in career (11.10 yards) and average gain in a game (14.71 yards in Super Bowl XIV). Bradshaw, a two-time Super Bowl MVP (Super Bowls XIII and XIV), was a four-time All-Pro. He retired prior to the 1984 season.

Widely acknowledged as today’s preeminent NFL studio personality, Bradshaw segued to broadcasting as a guest commentator for CBS Sports’ NFC postseason broadcasts (1980-82). He joined CBS Sports as an NFL game analyst in 1984, then became a studio analyst on The NFL Today for four seasons beginning in 1990. Currently his dual roles as cohost and analyst on Fox NFL Sunday, he has been a primary force in making the show America’s most-watched, and four-time Emmy Award-winning, NFL pregame program. In 2006, the nationally prominent Davies-Brown Index rated Terry to be the best-known broadcaster in all of sports. His work on Fox NFL Sunday earned him Sports Emmy Awards in the Outstanding Sports Personality/Analyst category in 1999, 2001 and 2009 and he was named TV Guide’s Favorite Sportscaster in 1999. This hard work and dedication has made Bradshaw one of the most sought after personalities for TV talk shows and he has appeared on virtually every show on air, including numerous appearances on The Tonight Show with Jay Leno.

Along with his broadcasting career, Bradshaw has appeared in several feature films, most recently Paramount’s $100 million hit Failure to Launch, starring Matthew McConaughey, Sarah Jessica Parker and Kathy Bates, also lending his unique voice to the $250 million grossing animated film Robots. Previously, Bradshaw garnered kudos for his appearances in Hooper and Cannonball Run. His television roles including guest starring spots on Everybody Loves Raymond, 8 Simple Rules, Malcolm in the Middle, Evening Shade, Blossom, Hardcastle and McCormick, The Adventures of Brisco County, Jr. and Married . . . With Children, along with his vocal contribution to an episode of King of the Hill. Bradshaw hosted his own talk show, The Home Team with Terry Bradshaw, the first talk show ever to debut simultaneously on network and syndicated television. Most recently, Bradshaw starred with Charisma Carpenter and Nicholas Brendon in the ABC Family telefilm Relative Chaos.

Bradshaw launched a successful singing career by recording four albums, two of which were top-selling gospel records nominated for Dove Awards. His cover of Hank Williams’ I’m So Lonesome I Could Cry became a Top 10 country hit. He recorded a children’s holiday album entitled Terry Bradshaw Sings Christmas Songs for the Whole Family. He has also worked with superstar Willie Nelson on a cut for the NFL Country record which paired current and former NFL stars with renowned country artists.

An author of five books, Bradshaw easily brings his signature charm and charisma to the written page. They include his acclaimed autobiographies, Looking Deep (1989), It’s Only A Game (2001) and Keep it Simple (2002), No Easy Game (1973) and Terry Bradshaw: Man of Steel (1979). As a widely sought after motivational speaker, Bradshaw speaks to Fortune 500 companies and major corporations across the country. Energizing and motivating with his inspirational style, charisma and personality, Bradshaw has become one of the most sought after sports personality speaking today.

A native of Shreveport, LA, Bradshaw attended Woodlawn High School, the program that also produced former Buffalo Bills quarterback Joe Ferguson. He went on to attend Louisiana Tech, where he still holds the single-season passing and total offense records. He was a first-team Associated Press All-America as a senior in 1970 and later that year received a Bachelor of Science degree in physical education from Louisiana Tech.

Bradshaw has racked up numerous awards and honors during his long, diverse career and his work on behalf of those less fortunate has helped raise a tremendous amount of money and awareness while earning the gratitude and respect of countless charitable organizations. He was named NFL Player of the Year by The Associated Press, Sport magazine and the Maxwell Club of Philadelphia following his 1978 season with the Steelers; in 1979, he shared Sports Illustrated’s Man of the Year award with Willie Stargell of the Pittsburgh Pirates. Inducted into the Louisiana Sports Hall of Fame in his first year of eligibility. In 1993, he won the NFL’s Bert Bell Memorial Award for significant contributions made to the league. In 2001, Bradshaw added yet another prestigious distinction with the NFL Alumni’s Career Achievement Award. Outside the realm of football, he was named 1999’s Man of the Year by the Big Sisters of America, 2000’s Father of the Year by the National Father’s Day Council, and in October 2001 became the NFL’s first and only player to receive a star on Hollywood’s Walk of Fame.

Bradshaw spends his time at his home in Oklahoma with his wife Tammy. He has three daughters, Rachel, Erin and Lacey.