"The Life of The Deal Series" - Part 3, Exiting the Investment and M&A Process

Join us for lively discussions on various alternatives for optimal exit strategies that includes IPOs, strategic acquirers and equity sponsors. Discussion will take into account the macro and micro economic trends, financial performance and structure of the company, and what are some of  the impacts on each choices made.

Esteemed panelists will also demonstrate how to maximize the exit value while demonstrating to the acquirer their path to growth in their investment. 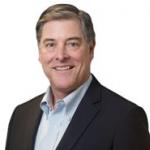 David oversees Bertram Capital’s business development team, where he directs sourcing, investment opportunity assessment and intermediary relationship development. David is also responsible for developing and managing corporate development office relationships. Prior to Bertram, David was President and CEO of The Gemesis Corporation, an early innovator in diamond growth technology. At Ask.com (IAC) David's leadership launched Ask Jeeves from the 312th ranked Internet site to the 12th largest site on the Web and built the company into one of the most widely recognized Internet brands. David held senior management positions at Iomega, establishing the company's presence as Managing Director of the Asia Pacific region and subsequently running the $1B North American Sales and Marketing Division. David began his career at Gates Energy Products/Energizer Power Systems. In addition to his work with Bertram Capital, David was elected to serve as the Chairperson of the Association for Corporate Growth (ACG), New York Chapter and was also elected to the ACG Global Board of Directors. 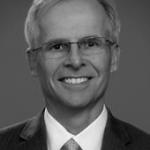 Don Blair is a managing director with Raymond James. Prior to joining Raymond James in 1997, he worked for Goldman Sachs in New York. At Goldman, Mr. Blair was primarily involved in the execution of public and private high-yield debt transactions. He received his MBA from the Darden Graduate School of Business at the University of Virginia and his bachelor’s degree in economics, magna cum laude, from the University of Maryland – Baltimore County. Prior to graduate school, he served as a CPA with KPMG. Mr. Blair received the Elijah Watt Sells Gold Medal Award for earning the highest score in the nation on the November 1989 CPA exam and also holds the Chartered Financial Analyst designation. At Raymond James, Mr. Blair has executed over 150 Mergers & Acquisitions transactions across multiple sectors including Technology, Health Care, Consumer and Industrials. 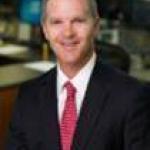 Kevin is a Vice President in Private Wealth Management at Goldman Sachs where he co-leads a team of six specializing in working with entrepreneurs and private business owners. Previous positions include Senior Vice President of Roxbury Capital Management and Senior Vice President of Eagle Asset Management, a subsidiary or Raymond James Financial  He began his financial services career with E.F. Hutton in 1986. Kevin received a BS, with Honors, in finance, from the University of Florida, where he was named Academic All Southeastern Conference (Golf).  He is a past Trustee of the Canterbury School of Florida, member of the Alumni Giving Committee, University of Florida Foundation and board  member of K-Life. Kevin Lives in St. Petersburg  with his wife and three children. 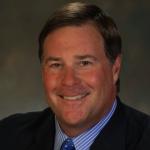 Mr. Hill holds a B.S. in Industrial Engineering and Operations Research from Virginia Tech and a Masters in Business Administration from the University of North Carolina at Chapel Hill. Mr. Hill was awarded the Beta Gamma Sigma honorary at the University of North Carolina. Mr. Hill holds Series 7, 24 and 63 securities licenses. 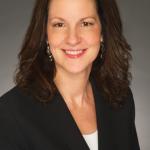 Gretchen is responsible for managing Huron’s business development and investment sourcing activities and is also involved in investor relations. These activities include outreach to deal professionals such as business brokers, investment banks, attorneys, accountants and consultants, and outreach to potential limited partners.

Gretchen has received numerous awards over her career including the Women Thrive Leadership in the Workplace Award (2019), Mergers & Acquisitions Magazine Most Influential Women in Mid-Market M&A (multiple years including 2019), Mergers & Acquisitions Magazine Dealmaker of the Year (2015), Private Equity Analyst 2017 Women to Watch, MichBusiness Leadership in the Workplace Honoree 2019 and Crain’s Detroit Business Most Influential Women 2016, among others.