This event is sold out. To request to be on the wait list, please contact ACG Boston.

The Women’s Connection Committee invites you to join us for our annual spring luncheon on April 12.

After hosting this event virtually the last two years, we are thrilled to finally be back and in-person for the chance to reconnect with the women of New England's deal community!

The event will feature Charlotte Hanna, Founder & CEO, Community Growth Partners - a woman-and-minority-owned cannabis company dedicated to empowering communities disproportionately impacted by cannabis criminalization - and Shana Opperman, Co-Founder & CEO, Pluto - a SaaS company developing assistive ai to help brands deepen and sustain relationships with their customers over SMS - who will share their visions for growth and opportunity in the years ahead.

Proof of vaccination is required at the offices of Foley Hoag & this event. Masks are optional.

This event is sold out. To request to be on the wait list, please contact ACG Boston. 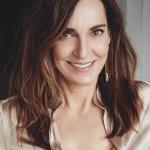 Charlotte Hanna is the founder of Rebelle, a new cannabis brand launched in Brooklyn. In 2019, Charlotte founded Community Growth Partners, one of only a handful of woman and minority-owned vertically integrated cannabis company in Massachusetts. The company’s mission is to uplift people who have been marginalized by the criminalization of the plant and offer a lifestyle and the cannabis plant in all forms. Rebelle represents more than just a dispensary, it’s a growing, vertically integrated cultivation, manufacturing and retail startup with a focus on social justice and wellness. Hanna’s love for cannabis goes back many years.

During summers in her college years, she toured with The Grateful Dead and traveled in circles where marijuana was as common as water. Early in her career, Hanna was a social justice advocate working on a variety of issues related to poverty and hunger relief – always with a focus on women and children. She built urban farms in San Francisco training homeless women to farm organic produce, she raised the money to help start a day care program for homeless children whose mothers were victims of domestic violence and many other social innovations. Later in her career, Hanna spent a decade at Wall Street firm, Goldman Sachs, and then subsequently spent another decade in the family real estate business before founding her cannabis company. All of these disparate experiences coalesced elegantly and perfectly in founding Community Growth Partners. Through Community Growth Partners, Hanna has partnered with Roca, a Boston-based non-profit whose mission is to disrupt incarceration, poverty and racism by engaging young adults, law enforcement and the systems at the center of urban violence. Rebelle and parent company, Community Growth Partners, have employed young adults from ROCA’s underserved communities by providing them with a roadmap in building their personal wealth and in essence- creating capital for themselves. Every single person in Hanna’s company including those from ROCA earn equity in the company based on the number of hours worked.

Hanna’s stock incentive program is innovative for the cannabis industry and it is just one way Hanna hopes to help build generational wealth in the communities that have been hurt most by the war on drugs. Rebelle’s retail store is located in Great Barrington, Massachusetts. Designed by Hanna herself and inspired by Danish designed principles of hygge, which loosely translates to a quality of coziness and comfort. Rebelle, described by many customers as an Apple store meets spa vibe, elevates the cannabis retail and cultural experience. Rebelles’ retail items include a combination of leather goods, stash bags, jewelry and apparel in addition to a variety of cannabis products such as prerolls, edibles, tinctures and concentrates. Rebelle — is derived from the notion that people want to rebel. They want to challenge the status quo. As for the future expansion plans for the company, they will be launching a delivery service in Massachusetts in 2022 and with recreational marijuana legalized in New York state, Hanna is currently looking to open a dispensary in her hometown of Brooklyn, NY once the federal licensing process is in place. She hopes her New York dispensary will help remove the stigma that is associated with cannabis. Rebelle is all about helping people find the change that they need — however small or significant it may be. 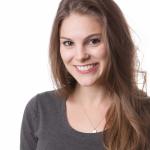 Shana Opperman, CEO & CoFounder of Pluto, was motivated by her graduate research at MIT on tech’s impact on human connection when she formed Pluto, a B2B SaaS company that uses assistive ai to help businesses deepen and sustain relationships with their customers over SMS text. Shana is both an MIT grad and MIT drop-out, completing her MIT MBA & Media Lab research, and leaving her M.S Engineering to focus on Pluto. Previously, she led technical and creative production for an experimental adtech team at Google, bringing new ideas from concept to final product. Pre-Google, she was a digital producer at Saatchi & Saatchi NY, gaining experience in consumer marketing. She builds humane AI to amplify vs replace our own humanity, as she fundamentally believes that all you really are is a collection of your memories and who you make them with. Shana is a middle sister, astronomy enthusiast, 60s/70s/80s music fan, and sans-recipes cooker/baker (except when it comes to making her Yiayia's 30-layer baklava!).