Body
Explore how to efficiently utilize, protect and plan around your intellectual property to help navigate the path of business growth.  Having a strong intellectual property strategy is a crucial step in preparing for the future when scaling your business.  We explore best practices for implementing an effective IP strategy, and common pitfalls to avoid, from the perspective of those advising, leading and investing in startups, early stage and emerging growth companies. 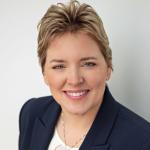 Ms. Baird is CEO of Fifth Eye, which is improving quality of care with real-time early warning systems of patient deterioration. Prior to Fifth Eye, as CEO Ms. Baird led Accio Energy, focused on redefining the wind power industry with Accio’s revolutionary turbine-free Aerovoltaic™ wind energy systems. From 2005 to 2010, Ms. Baird was President and CEO of Accuri Cytometers, a rapidly growing company developing and marketing breakthrough life science products for research and clinical use. Ms. Baird co-founded Accuri and led the company from inception through development and commercialization. She raised over $30 million in venture equity and debt funding and achieved more than $12 million in annual sales, a global reach, and near-profitability in just five years time. In 2011, Accuri was successfully sold to Becton Dickinson for $205 million (10x revenue), generating 5-6x returns for investors. Previously, Ms. Baird was a key member of the senior management team at Integrated Sensing Systems, Inc., a technology development firm focused on using micro-electromechanical systems for medical and scientific sensing applications. Earlier in her career, as a Vice President at Keane Consulting Group, she managed over $10 million in projects and helped the firm quintuple in size to over 150 staff. Ms. Baird began her career in commercial banking. She received her MBA from the Kellogg Graduate School of Management, where she shared Top-of-Class honors, and a BA degree from the University of Michigan. 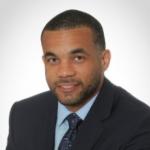 Todd is Chief Intellectual Property Counsel for Argo AI, a growing autonomous driving technology company.  He is a registered patent attorney having experience both in-house as well as in private practice.  Prior to practicing law Todd was a product engineer, taking a number of different products from concept to launch. He is also a named inventor on several patented innovations to which he contributed. His law practice has spanned from counseling Fortune 100 companies to sole proprietors and everything in between. This experience has helped Todd counsel clients on IP matters with a true insight into the “what’s,” “when’s” and “how’s” of developing IP assets. 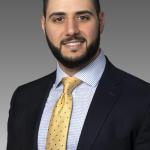 Justin Hanna is a corporate attorney at Jaffe Raitt Heuer & Weiss, P.C. He has dedicated his practice to empowering entrepreneurs and businesses of all sizes to grow through effective strategic planning and analysis. His expertise centers on corporate law, with an emphasis on middle-market M&A, and has advised clients on transactions from $1 million to over $1 billion in consideration. His focus extends to contract analysis and negotiation, corporate governance and business planning, and Justin acts as outside general counsel for many of his clients.

Justin has repeatedly been recognized for achievements both within and outside of his practice, including for his community involvement.  His leadership has directed countless hours in Jaffe pro bono legal services to community members in need, and he also founded the Jaffe Transactional Law Competition, an M&A focused, skill-based program held at Wayne State University Law School which remains a mainstay for business-minded law students. 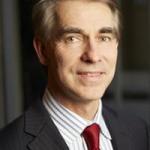 Doug LaLone is an engineer, patent attorney, and partner at the firm and he serves as chair of the firm’s Strategic IP Practice Group which counsels portfolio companies, PE, VC and IB firms on intellectual property strategies, due diligence and portfolio management.  Doug works on both the buy and sell side of M&A transactions.  Doug has successfully prosecuted and defended over 100 different Intellectual Property suits in numerous federal and state courts, and appeals before the Sixth Circuit Court of Appeals. His cases have covered patent, trademark, trade secret, unfair competition, domain name, non-compete, and copyright infringement claims. He has prosecuted 100’s of patent applications on numerous consumer and industrial products for middle market companies and routinely conducts brand clearances and prosecutes trademark applications to help clients protect their Intellectual Property positions.

Doug has served as a judge for the Crain’s Detroit Business M&A Awards and as president of the Association for Corporate Growth (ACG) – Detroit.  Doug is a member of the Michigan District Optimist Club and is an active member of Kensington Community Church. 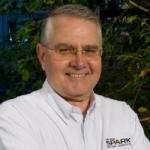 Skip has been successful in raising over $26 million in grants through the states 21st Century Jobs Fund program for the Michigan Pre-Seed Capital Fund.  This program provided very early stage start-ups with small loans and matching investments of up to $250,000.

Skip has 29 years of experience serving in management positions at several television stations around the country.  His last position was President and General Manager of a Charter Fox affiliate in Indiana owned by Ralph Wilson Enterprises.  During his time there, he started the markets first independent news operation and directed the network affiliation switch to CBS.

In 2018 he was recognized in the first annual dBusiness magazine list of Detroit’s 500 most powerful people.  Skip participates on both profit and non-profit boards, and was a founding member of the Michigan Venture Capital Association.