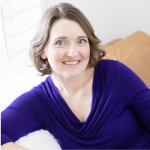 Deeanne Akerson is the co-founder of Kindred Bravely, a maternity and breastfeeding apparel brand focused on bringing comfort and connection to moms. She didn’t begin her journey as an entrepreneur until after she became a mother. Frustrated with the lack of clothing options for breastfeeding moms, Deeanne started designing her own clothing, and in February 2015, she and her husband, Garret, launched Kindred Bravely. In addition to bringing comfortable clothes to new and expectant moms, Deeanne strives to create a community of moms who support and empower each other, helping them to recognize their inherent value and beauty. 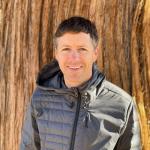 Garret Akerson is the co-founder of Kindred Bravely. In February 2015, he launched Kindred Bravely with his wife, Deeanne Akerson. Kindred Bravely is a maternity and breastfeeding apparel brand focused on bringing comfort and connection to moms. They won the Shopify Build a Bigger Business Competition in 2017 as one of the eight fastest-growing online retailers on Shopify’s platform. In 2019, Kindred Bravely was named #20 on the Inc. 5000 list of fastest-growing, privately-held US companies.

In 2006, Garret received an MBA in entrepreneurship from San Diego State University (SDSU). At SDSU he was one of six students to be selected for the Venture Capital Investment Team, where he made the Western States finals. After graduating, he was the third member of EnviroBinz, the SDSU 2005 Business Plan Competition winner.

When he's not building Kindred Bravely's two sister brands, Garret can be found surfing, training for his next marathon, or playing at the beach with his family. 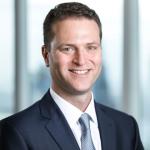 Dan Gaspar joined TZP Group as a Partner of TZP Small Cap Partners in October 2017. Dan began his career in 2001 as an investment banker in the Global Media and Communications Group at Morgan Stanley, where he focused on mergers and acquisitions and corporate finance transactions. In 2005, he joined Trimaran Capital Partners, where he focused on buyout investments across the media, restaurant and transportation industries. In 2007, Dan co-founded CN Private Equity Partners (later known as Gotham Equity Partners). At CNPE, Dan was responsible for sourcing and leading investments in several business services and consumer products companies. In 2011, Dan joined High Road Capital Partners, where he was later promoted to Partner. At High Road, Dan focused on leveraged buyouts of lower-middle-market companies across a variety of industries, including consumer products, industrial services, healthcare services and manufacturing. Prior to joining TZP, Dan served on the boards of eleven public and private companies.

Dan received a B.S. in economics from The Wharton School of the University of Pennsylvania and an M.B.A. in finance from Columbia Business School, graduating Beta Gamma Sigma.

Dan can be reached at dgaspar@tzpgroup.com.

Channing Hamlet is a Managing Director with Objective, Investment Banking & Valuation. He serves as an execution leader for the firm’s M&A and Valuation Practice and leads the firm’s Business Services Practice. He brings more than 25 years experiences with investment banking and business valuation to our clients.

Prior to joining Objective, Mr. Hamlet served as a Managing Director of Cabrillo Advisors, where he was instrumental in both leading their M&A execution and growing the valuation practice from inception into a national entity serving more than 700 clients in five years. Previously, he served as a Director at Vistage; Principal at LLR Partners, a $260 million private-equity firm; and member of Legg Mason’s Investment Banking group.

Mr. Hamlet is active in numerous groups including the Association for Corporate Growth where he serves on the Membership Committee for the Los Angeles area. He also serves as a Group Leader in ProVisors and is active in philanthropy through his affiliation with PEERS.  He has a Master’s Degree in Operations Research and a Bachelor of Science in Mechanical Engineering from Cornell University. He holds FINRA Series 7, 63 and 79 licenses and is a Registered Representative of BA Securities LLC, Member FINRA SIPC.