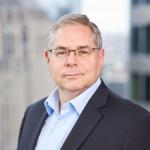 Paul Carbone has been the President and Managing Partner of Pritzker Private Capital and its predecessor, Pritzker Group Private Capital, since 2012. Pritzker Private Capital partners with entrepreneur‐ and family‐owned middle‐market companies with leading positions in the manufactured products, services and healthcare sectors. For the prior 13 years, Paul was the Director and Managing Partner of the Private Equity Group of Robert W. Baird & Co., which makes venture capital, growth equity and buyout investments in smaller, high‐potential companies in the US, Europe and Asia. Prior to 1999, Paul was the Co‐Director of Investment Banking responsible for Robert W. Baird & Co.’s Mergers and Acquisitions Advisory practice. Prior to joining Robert W. Baird & Co. in 1994, Paul was Senior Vice President in the Investment Banking Group at Kidder, Peabody & Co.

In 2016, Paul received the Stanley C. Golder Award from the Illinois Venture Capital Association in recognition of his contributions to the private equity industry in Illinois. Paul has served as an EY Entrepreneur of the Year regional judge as well as national judge for the Family Business category. In 2020, Family Capital magazine named Paul one of the Top 100 most influential people among family investors and family enterprises.

Paul is a Phi Beta Kappa graduate of The College of the University of Chicago. He received his MBA from Harvard Business School. 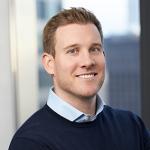 Eric Kieras is a Partner at Pritzker Private Capital and helps lead the firm's Services sector investing. Prior to joining Pritzker Private Capital, Eric was a Managing Director at JZ Partners, LLC, a middle-market investment firm, where he helped lead investment strategy and execution and served on the Boards of Directors of several of the firm's operating companies. Prior to joining JZ Partners, Eric worked as an investment banker for the plastics and packaging team at P&M Corporate Finance, a regional investment bank focused on middle-market M&A transactions.

Eric received his B.B.A. from the University of Michigan Ross School of Business. 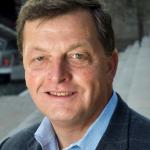 Mike has also served as Vice Chairman of Thrall Car, a predecessor company to Trinity Rail, and as Chief Administrative Officer of The Duchossois Group. He began his career as a lawyer with the Chicago firm of Burke, Griffin, Chomicz and Wienke and served as Corporate Counsel for Cummins Inc. 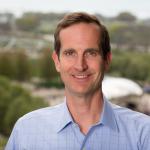 Frank is a Partner with Concentric Equity Partners and originally joined the firm in 2004.  He is responsible for originating new investment opportunities, executing new investments, and working with portfolio companies.  In 2012, with backing from FIC and other investors, he started Community BanCapital (CBC).  CBC is a community bank-focused investment fund which was designed to take advantage of a temporary market opportunity.  Beginning in 2015, following the successful investing period of CBC, Frank returned to CEP and splits his responsibilities between managing CBC, originating new investment opportunities on behalf of CEP, and working with portfolio companies.  For new investments, he focuses primarily on opportunities in Colorado, Pacific Northwest, and in the financial services industry (nationally).  Frank earned a B.S. in Industrial Engineering from SUNY Buffalo and his M.B.A. from the University of Chicago Booth School of Business.  Frank currently resides in Portland, OR with his wife Sarah, and their two daughters.

The panel is from 4 -5 PM, followed by two small 15- minute networking sessions. ACG members and non-members will be able to meet and discuss the event topic with one another and the panelists!