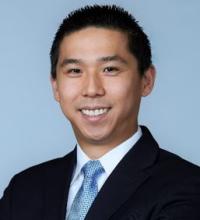 Stephen Zhang was appointed the Vice President of Investor Relations at Virgin Orbit in March 2022. In this role, Stephen serves as the crucial liaison to the investor community while working as a key advisor and resource to the Virgin Orbit leadership team.

Prior to his current position, Stephen was the Director of Investor Relations at Raytheon Technologies and helped guide the company through several transformational initiatives. These initiatives include M&A activities as a part of United Technologies Corporation starting with the acquisition of Rockwell Collins, then the public company spins of Otis and Carrier, and finally the merger of equals with Raytheon Company to form Raytheon Technologies. Prior to investor relations at UTC, Stephen served in several positions of increasing responsibility across various Finance roles at Pratt & Whitney.

Stephen graduated from the University of Massachusetts – Isenberg School of Management with a bachelor’s degree in Finance and Operations Management.

Panel II: The Next Frontier- Opportunities in Commercial Space