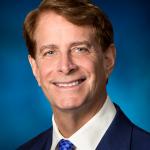 Mr. Garrett launched his career at Hackensack University Medical Center in 1981 and served as president and CEO of the Hackensack University Health Network from November 2009 through July 2016. Mr. Garrett dramatically expanded the network through a series of acquisitions, partnerships and affiliations. In July 2016, the network merged with Meridian Health creating Hackensack Meridian Health, which now includes 17 hospitals from Bergen to Ocean counties, 500 patient care locations and 34,000 team members. This extensive breadth of services enables the network to reach two-thirds of New Jersey residents. 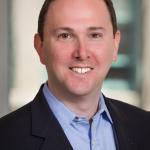 David is a seasoned entrepreneur, business executive, philanthropist and the former Mayor of Springfield, NJ. David is responsible for overall corporate strategy and leadership, as well as facilitating the company’s growth and shareholder value.

In 2007, David led Corsis in its acquisition of Promotions.com Inc. from NBC Universal. This acquisition enhanced Corsis’s strong presence in the marketing technologies sector. Shortly following the Promotions.com acquisition, David helped the company execute its exit strategy by selling Corsis and Promotions.com to a public company. Staying on as Co-President of Promotions.com, David ran operations, working with clients including Kraft, Mondelez, Nestle, Hasbro, AT&T, McDonald’s, Clorox and ConAgra.

In 2009, David helped take Promotions.com (including Corsis) private and became COO of the company. Thereafter, he helped to build it to be a strong leader in the industry and finally sold Promotions.com to ePrize (now HelloWorld) in 2013. David remains as Chairman of Corsis. 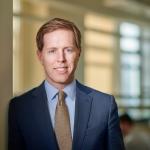 Paul Sullivan, Acrow’s Senior Vice President – International, manages its business interests outside of the United States. Sullivan has enjoyed a long career working in Africa, the Americas, Asia, Europe and the Middle East, focusing over the past decade on bridge infrastructure projects, including those requiring complex trade finance. Sullivan currently serves on the Board of Directors of the Corporate Council on Africa (CCA) in Washington D.C., as well as on the Board of Princeton in Africa (PiAF).  Mr. Sullivan is also the Vice Chair of the United States Trade Representative's Trade Advisory Committee on Africa (TACA).  Before joining Acrow, Sullivan practiced as a corporate attorney in the United States and Latin America, and served as a judicial clerk for the appellate court in the Commonwealth of Pennsylvania and for Honorable Justice Hugh O’Flaherty of the Supreme Court of Ireland. He earned his Juris Doctor (J.D.) from Duquesne University in the State of Pennsylvania and his Master’s of Legal Letters (LL.M.) from King’s College London. 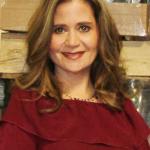 Laurel Whitney is co-founder and CFO of Push Beverages, LLC a New Jersey-based beverage manufacturer that now sells over 30 different products over five different product lines in 40 states nationwide. Currently, she handles all the business, financial, logistics and production aspects of the business. Prior to that, she and her husband, ran the largest independent vending company in New Jersey which was sold in 2013 to a multi-national $23billion corporation. As a serial entrepreneur, she was also the founder of Giggles Play Station in Rockaway.  Giggles Play Station, a 22,000 sqf children's entertainment and party facility, was opened in 2002 and sold in 2010.  She is a partner in a real-estate investment company as well. 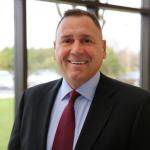 Mike was born and raised in Hillsborough, NJ and attended Lafayette College where he received a BS in Metallurgical Engineering.   Mike then pursued master’s & PhD degrees from Northwestern University in the field of Materials Science & Engineer.   He began his professional career working for Allied Signal / Honeywell International where he held various positions in their Corporate Technology division supporting various automotive, aerospace & engineered materials business units.   While at Allied, Mike also attended Stevens Institute of Technology where he received a master’s degree in Technology Management.

In early 2001, Mike took a position with Scient Corporation (NYC) where his career focused on the development and application of eBusiness strategies primarily for fortune 500 companies.  In 2003 Mike joined Ansell Healthcare as their Chief Technology Officer, and Head of Regulatory & Quality Affairs.   In 2014, Mike accepted the position of President and Chief Operating Officer for Tingley Rubber Corporation.

Mike has published extensive and currently holds 32 US patents.   Mike and his family live in Mendham, NJ.

The Palace at Somerset Park