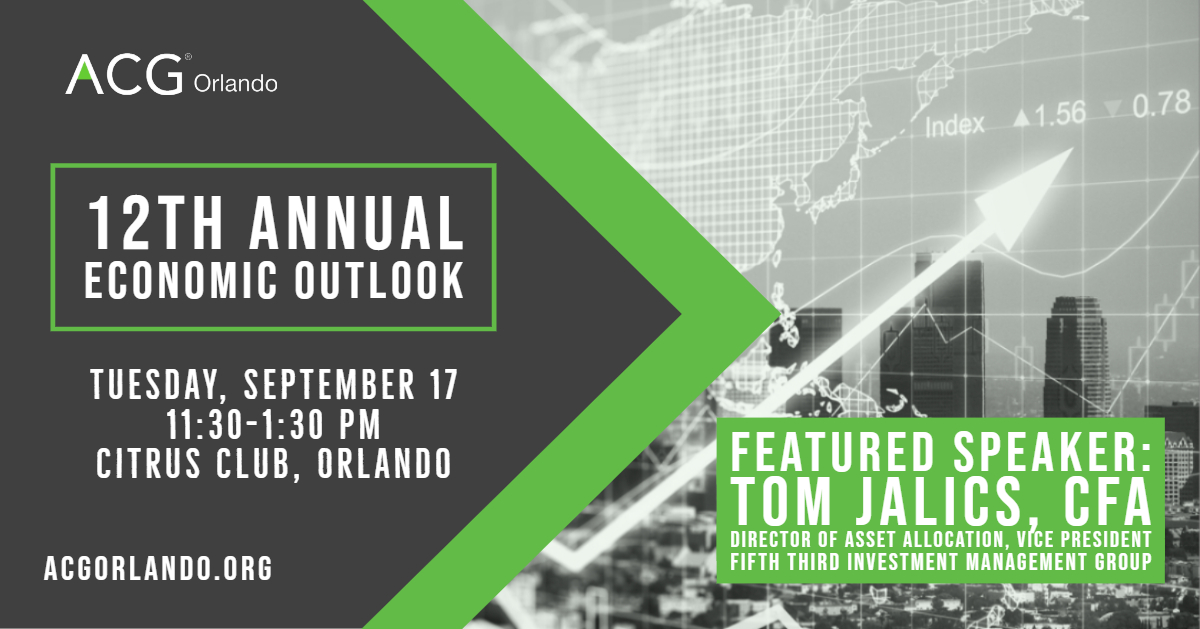 Body
ACG Orlando invites you to listen to our keynote speaker, Tom Jalics, CFA, as he explores current trends and conditions impacting your business and our economy. 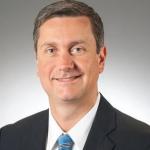 Tom Jalics is Director of Asset Allocation at Fifth Third Bank where he is responsible for leading the Investment Management Group’s asset allocation process, both strategic and tactical, which informs the management of the ~$29 billion in assets under management (AUM) at the bank. He provides internal and external communication on the economy and the markets, making public speaking and media appearances on behalf of the bank. Tom also directly manages three equity strategies with ~$500 million in AUM. With over 20 years of industry experience, Tom has been a sought-after industry expert and commentator having been quoted in the media including Bloomberg Business News, Reuters, The Economist, and The Cleveland Plain Dealer. Tom has also appeared on television and radio including

Tom earned a Bachelor of Arts in Chemistry and Economics from Miami University and an MBA from the University of Chicago. He has earned his Chartered Financial Analyst (CFA) professional designation.