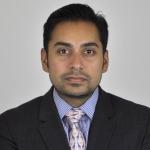 As Head of U.S. Economics, Neil Dutta leads RenMac’s economic research efforts, analyzing global trends and cross market investment themes. Neil joins RenMac after spending seven years at Bank of America-Merrill Lynch, where he was a senior economist with responsibilities for both the United States and Canada. Prior to that, he was an analyst at Barron’s, the Dow Jones Financial Weekly. Dutta has appeared frequently on Bloomberg TV and has been quoted by the Wall Street Journal, Financial Times, Associated Press, and Bloomberg News for his insights on the outlook for such topics as interest rates, inflation, the manufacturing sector, employment and consumer spending. Mr. Dutta graduated Cum Laude from New York University with Bachelor’s Degrees in Economics and Political Science. In his spare time, Neil travels the world and is an avid tennis player. He currently resides in New York City with his wife.