Body
ACG Orlando Live Programming is Back! We invite you to join us for the 14th Annual Economic Update. Joe Seydl, Senior Markets Economist with JPMorgan Private Bank, will be sharing his thoughts and insights on current economic conditions and what to expect over the coming months.
REGISTRATION:


- ONLINE REGISTRATION CLOSES 10/25/2021
Not an ACG Orlando Member? Join now and save on registration today! 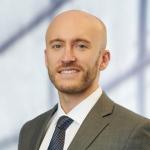 Mr. Seydl joined J.P. Morgan in 2015, after working as an Economist at Citigroup under the firm’s Chief Global Economist. There, he was responsible for researching topics such as growth and investment trends in advanced economies, and trade linkages in emerging markets. His research was cited by media outlets and academic organizations; and was noted at the American Economic Association’s Annual Meeting. Prior to Citigroup, he served as an Economic Research Analyst at Wells Fargo.