Body
Organic business growth is often marked by increased output, customer base expansion, or new product and/or service development. Inorganic growth is achieved by increasing output and business reach by way of mergers, acquisitions and take-overs. Growth through M&A is affected to a great extent by external factors. It can also be a faster way for companies to grow compared with organic growth where the main focus is productivity enhancement and cost reduction.
In a fireside chat format, our guest speakers will share their experience in growth businesses from both perspectives and lessons learned: 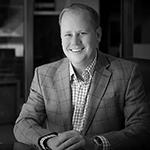 As BBCP’s CEO and Founder, Chad is involved in all areas of the company. On top of day to day management of the firm, he oversees multiple existing projects, assesses new opportunities, is responsible for capital relationships and manages the firm's strategic business initiatives. Chad’s 18 years of experience in the real estate industry include personally transacting over $1 billion in commercial real estate acquisitions and dispositions, $100 million of vertical development, and overseeing 350 commercial real estate brokers as the Senior Managing Director of CBRE’s Private Capital Group (“PCG”). Honors include being named NAIOP’s 2016 Trailblazer of the Year, consistently being named a top 10 producer at CBRE in Colorado, receiving CBRE’s national “PCG Team of the Year,” and CBRE’s national “PCG Broker of the Year.”

Chad is actively involved with the University of Colorado Real Estate Center and has long been a supporter of the school. He is a member the Colorado Chapter of the National Association of Industrial and Office Properties (“NAIOP”). He also is a frequent speaker and panelist at real estate industry events. He received a Bachelor of Science degree in Entrepreneurship and Small Business Management from the University of Colorado Boulder – Leeds School of Business. 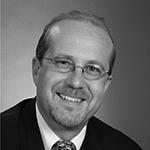 Glenn Renner is CEO of HomeSphere, the largest marketplace serving the residential construction industry. He joined HomeSphere as the senior vice president and CMO in 2004 and was appointed president and COO in 2008. In 2015, he led a management buyout of the company and took over as CEO.

Renner has grown HomeSphere – organically and through a series of acquisitions and investments – into a world-class technology foundation serving an exclusive channel of local production builders and product manufacturers. Its builder base constructed 18% of all homes built in the U.S last year.

Prior to HomeSphere, Glenn spent 17 years with Sherwin-Williams (NYSE: SHW). He held many sales and operations roles culminating in his role as vice president of architectural marketing where he was responsible for new product development and implementation of marketing programs to drive the growth of the company’s multi-billion-dollar architectural product line sold nationally through more than 2,600 company-owned stores.

A noted expert within the residential building sector, Glenn is a frequent contributor to building trade publications and a speaker at key conferences. He served on the board of directors of PureColor Inc. and is the past chairman of the board of Rebuilding Together Metro Denver, a nonprofit that preserves affordable housing by rehabilitating the homes of low-income homeowners. 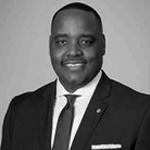 Damon Barry advises clients on the formation of new businesses, franchising, mergers and acquisitions, government relations and affairs, corporate governance, capital raises, joint ventures, and commercial real estate transactions. His clients include directors and executives of public companies, owners of closely held companies, and others in a wide range of industries including software and technology, retail, gaming, hospitality, food and beverage, financial services, and manufacturing. He also advises professional athletes and coaches on sports law matters.

A former in-house counsel, Damon routinely advises corporate legal departments as well as serves as general counsel for lower- to middle-market companies. He spent more than a decade at CSG Systems International, Inc., a publicly traded multinational corporation where he served as Vice President of Business Affairs, Assistant General Counsel (Deputy), and Corporate Secretary. In that role, he advised the CSG executive team and provided oversight on the operational and legal aspects of all business operations, including corporate growth strategies, corporate governance, and oversight of regional operations in Europe and Central and Latin America. While working for CSG, Damon played a key role in a number of mergers, acquisitions, and transactions exceeding $3.5 billion in value.