Please join the Denver ACG Young Professionals for an interactive discussion with Chris Newman. Drawing from his career in the military and Federal Government Chris will lead a  discussion on the reality of building a career, connection and mentorship and balancing ambition. Chris brings a unique perspective to career development and leadership allowing you to always stay two steps ahead.

Cost is $25 for members and $45 for non-members.  Beer, wine and pizza will be provided. 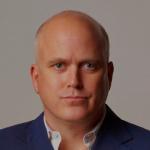 Chris is an Operating Partner at Graham Partners, where he works closely with the investment team, industry experts, and management teams coordinating resources to drive financial, operational and product development performance at portfolio companies. Prior to Graham Partners, Chris had over 25 years of Federal Government service, beginning his career as an enlisted U.S. Navy SEAL and then continuing as a Paramilitary Operations Officer with the Central Intelligence Agency. He retired from the CIA as a Senior Intelligence Service Executive.  As a SEAL, he deployed numerous times to Europe, Africa, and Asia.  During his career at the CIA, he served tours in the Republic of Georgia, Lithuania, Bosnia, and Afghanistan.   He also served in multiple leadership positions at CIA headquarters, including as Executive Assistant to the Director of Central Intelligence (DCIA), and was assigned to the Department of Defense as Deputy Commander of a Combined Joint Interagency Task Force.

Chris earned a B.A. in Slavic Language and Literature and Russian and East European Studies from the University of Virginia and has attended Executive Programs at the Wharton School at the University of Pennsylvania and the McDonough School at Georgetown University. He co-founded and supports the Third Option Foundation, a 501(c)(3) that cares for fallen and injured CIA Paramilitary Officers and provides resiliency support to their families.  He is originally from Georgia and currently resides in Pennsylvania with his family.