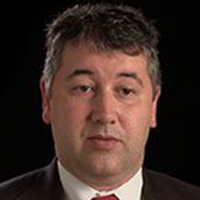 Roberto Ferranti is the CEO of Chicago Switchboard, a privately held manufacturer of custom electrical distribution equipment headquartered in the Chicago area.

Prior to his current role, he led transformation initiatives for several Private Equity owned companies. He was the VP/GM at NoTrax, a business unit of Justrite Safety Group, and before that role, he was the Interim CEO of Marianna Industries, a contract manufacturer in the personal care space.

Roberto held prior roles at Baird Capital, AlixPartners and started his career at Kearney. He holds a BA in Economics from Bocconi University and an MBA from the University of Virginia Darden Graduate School of Business

Panel | Where are the Best Deals Today?