Body
This Quarterly PE/IB Networking Forum will be held exclusively for Private Equity Executives, Investment Bankers, Lenders and invited guests. Steered by the ACG NY PE/IB Committee, each intimate peer-to-peer gathering is an excellent forum for ACG NY member only PE/IB executives, Lenders and others to share experiences and best practices while developing relationships in a convenient, enjoyable and relaxing setting.
The next session of the series, held on March 30th, titled, 'Ukraine Conflict: How will geo-political concerns amidst inflationary and other pressures affect Alternative Investments and the Private Equity class within', will examine how the Russia-Ukraine conflict could impact the global economy, markets at large, and the market scenarios that face us all.

This event is sold out. Click here to register for another event in this series. 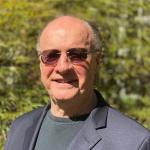 Wallace Mathai-Davis is the Co-Founder, Chairman & Managing Member of Quantalytics AI Labs, recently acquired by Forbes. He has over 35 years of experience as a senior executive in international asset management and merchant banking. Wallace has been responsible for significant investment business and substantial investments in the diverse markets of Latin America, Asia, Eastern Europe and the European Union, in addition to North America.

Over the course of his professional career, Wallace has been involved in a number of successful FinTech initiatives delivering financial services through the use of advanced technologies. For nearly eight years, he was a member of the Supervisory Board of 360 Treasury Systems and an advisor to its CEO. 360T is one of the most successful FinTech companies in Germany. It was sold in October 2015 to the Deutsche Boerse (German Stock Exchange) for nearly $800 million. Wallace remains Chairman of the North American subsidiary, 360 Trading Networks Inc.

Wallace was the COO, shareholder and a partner for 16 years at OFFITBANK, a leading independent asset manager and private bank with 7 regional offices including Hong Kong. He was also the Chairman and CEO of the Offit Investment Fund, a mutual fund complex. Wallace was Co-Head of Emerging Markets, and OFFITBANK was an early investor in the newly emerging securities markets of Latin America, Greater China, and Eastern Europe. After the sale of OFFITBANK to Wachovia, then the sixth largest bank in the United States, he became a member of Wachovia Asset Management, Brokerage and Private Banking Management Committee.

Wallace co-founded and was co-CEO and Board member of ChinaVest, Ltd., one of the first independent merchant banks chartered in the People’s Republic of China. ChinaVest provided cross-border mergers and acquisitions to Global 1000 companies such as IBM, John Deere, Scottish & Newcastle and AIG, in addition to Chinese companies. Prior to this, Wallace joined the Board of Directors of Mercantile Bankshares and assumed the responsibilities of Chairman of Investment and Wealth Management of the holding company. Wallace was also a Director of Global Decisions Group, which owned MCM Bond and Currency Market Services and Cambridge Energy Associates.

CHECK OUT THE FULL SERIES & DATES