VIP Roundtable - The Future of Artificial Intelligence: The Journey of a Serial Entrepreneur

Mr. Adam Cheyer, Co-founder of Siri, Viv Labs & Sentinent will share his views on the emergence and future of Artificial Intelligence, AI in Finance & investing and the journey of being a serial and successful tech entrepreneur.

By invitation only. Please contact Vikash Magdani for more details. 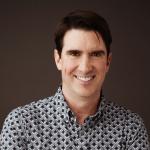 Adam has authored more than 60 publications and 38 patents. He graduated with highest honors from Brandeis University and received the “Outstanding Masters Student” award from UCLA’s School of Engineering.

If you have any questions, please contact Vikash Magdani at vmagdani@acgnyc.org.