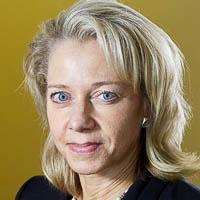 Ms. Frew began her investment banking career at Wachovia Corporation as an Analyst in the M&A Group. She then went on to work in the investment banking group of Wheat First Securities, where she focused on M&A advisory work and public offerings for clients, primarily in the healthcare industry. Ms. Frew then spent three years as head of the Corporate Development group of PhyAmerica, where she led the M&A activity for this $1 billion healthcare services conglomerate that consummated approximately 100 acquisitions during Ms. Frew’s tenure. In 1995, Ms. Frew co-founded Townsend Frew & Co., a healthcare-focused M&A boutique that was later acquired by Edgeview Partners. Ms. Frew earned a BS in Finance from Utah State University and an MBA from The College of William & Mary.

Investment Banking Panel - The Deals Landscape: Where are the best healthcare deals today?