This event is for members of ACG Cleveland or FEI Northeast Ohio only. 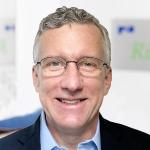 Mr. Kim Katzenberger joined Riverside in 2012.  He started as a Finance Director supervising the CFOs and finance functions at six portfolio companies in Riverside’s Microcap Fund.  He was promoted to Group CFO of the Microcap Fund in 2014.  Before joining Riverside, he served as Chief Financial Officer of Fiji Water Company, an international consumer products business.  Previously, he held several positions at General Electric, including Vice President-FP&A at NBC’s TV Group, Finance Integration Leader at GE Consumer Products, CFO of GE’s LED lighting division, and Director of FP&A at MSNBC Cable.  He holds an AB in Economics from Dartmouth and an MBA from New York University’s Stern School of Business.

After February 1, 2022: please cancel your registration (without penalty) if you have registered for this event, and any of the following applies: