ACG Cleveland & HBS NEO Co-Host "The State of the Economy"

Please join ACG Cleveland and the Harvard Business School Club of Northeast Ohio as we host our annual breakfast, "Economic Update & Implications of the Decline in Manufacturing Wage Premium" at The Federal Reserve Bank of Cleveland.

Please note that due to COVID-19 concerns, this event has been moved to a virtual forum. All attendees will receive a link for the Zoom room 24 hours before the event takes place. Thank you for your understanding. 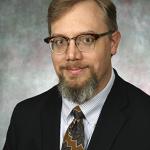 JOEL ELVERY is a policy economist in the Research Department at the Federal Reserve Bank of Cleveland. Dr. Elvery’s primary fields of interest are labor, public, and urban economics. In particular, he studies the regional economy of the Fourth Federal Reserve District, which includes Ohio, western Pennsylvania, eastern Kentucky, and the northern panhandle of West Virginia.  Prior to joining the Bank in 2013, Dr. Elvery was an assistant professor in the Maxine Goodman Levin College of Urban Affairs at Cleveland State University.  Dr. Elvery holds a BA in economics from the University of Illinois at Chicago and a PhD in economics from the University of Maryland. 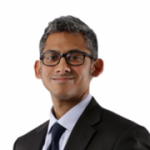 GUHAN VENKATU is Group Vice President of the Research Department at the Federal Reserve Bank of Cleveland and leads the department’s regional analysis and outreach group.  He joined the Bank in 1998 as a research analyst.  In his tenure with the Bank, he has held positions of increasing responsibility including economist and vice president and senior regional officer of the Bank’s Pittsburgh Branch.  His prior research has focused on inflation and inflation expectations, housing and household finance, and factors related to regional economic growth.  His research and analysis have been a resource for the public and the Bank’s president and boards of directors.