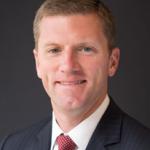 Marty McGann is executive vice president of advocacy and strategy for the Greater Cleveland Partnership (GCP). In this role, he is responsible for developing and advancing GCP’s Public Policy Agenda at the federal, state and local levels of government. In addition, Marty drives execution of GCP’s three-year strategic plan – particularly in the areas of worker mobility, innovation and tax/competitiveness.

Marty joined GCP as vice president of state and local government advocacy in 2011.  In that capacity, he served as the point person on many GCP priorities including the Cleveland education reform legislative effort to ensure implementation of the Cleveland Plan impacting the Cleveland Metropolitan School District. Marty also successfully advocated for the extension of the Cuyahoga County sin tax, secured key investments through the state capital bill, and the legislation that enabled the funding of Opportunity Corridor.  Since 2014, Marty has led GCP’s advocacy efforts on behalf of businesses of all sizes.

Prior to joining GCP, Marty was a director of government relations for Cleveland Clinic. During his seven years at the Clinic, he advocated on key healthcare policy issues and secured tens of millions of dollars in federal and state funding for research and capital priorities. He previously served in a leadership position at Cuyahoga County and was a campaign consultant on several federal, state and local campaigns.

Marty obtained a Juris Doctorate Degree from the Cleveland-Marshall College of Law and is licensed to practice law in Ohio and Washington, D.C. He is a graduate of Ohio Wesleyan University. 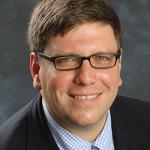 Joe Cimperman is the president of Global Cleveland, an economic development agency that works to enhance the competitiveness of local employers by giving them greater access to international talent. With a small but dedicated team, he leads efforts to attract and welcome immigrants and refugees to Greater Cleveland and to connect them to opportunities that will speed their success and enrich the community.

A highly regarded civic leader, Cimperman was a member of Cleveland City Council for 18 years, distinguishing himself as champion of diverse peoples and cultures. In 2016, his last year on city council, he introduced a resolution that declared Cleveland a welcoming city to refugees, making special mention of those fleeing Syria and Iraq. Cimperman assumed leadership of Global Cleveland in April of 2016.

He and his wife, Nora, live in the Ohio City neighborhood of Cleveland with their two young children. 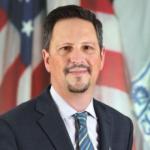 Epstein comes to city hall from MidTown Cleveland, where he served as director of the nonprofit economic and community development organization that serves the area between downtown Cleveland and Fairfax. He also serves as director of the Cleveland Health-Tech Corridor, an umbrella effort to attract innovative health-tech and high-tech businesses to the area. Under his seven-plus years of leadership at MidTown and the Health-Tech Corridor, the neighborhood saw $230 million of transformative real estate development, according to the release.

Prior to working at MidTown Cleveland, Epstein was vice president of development at The Coral Co., where he oversaw development of mixed-use projects, managed acquisitions and capital transactions and consulted to governmental agencies and nonprofits.

He has served on the board of Cleveland Tenants Organization.

Epstein holds a Juris Doctor from Georgetown University Law Center and an undergraduate degree in public policy studies from Duke University. Following law school, he clerked for Judge Solomon Oliver Jr. on the U.S. District Court for the Northern District of Ohio.

Epstein is a Shaker Heights resident and a member of Congregation Shaarey Tikvah in Beachwood, where he has served as president. Councilman Kerry McCormack represents the 3rd Ward of Cleveland, which is one of the city’s most diverse wards including the neighborhoods of Downtown, Tremont, Ohio City and Stockyards. Prior to his service on Cleveland City Council, McCormack worked as the Director of Community Affairs for Ohio City Incorporated, the neighborhood non-profit community development corporation, where he worked with a broad array of community stakeholders to improve the neighborhood. Councilman McCormack worked for the re-election campaign of U.S. Senator Sherrod Brown, which was proceeded by his time in Madrid, Spain, where he spent two years teaching first and second grade English for the Ministry of Education of Spain in the Spanish public schools. Councilman McCormack is a life-long Cleveland resident and a graduate of Cleveland’s Villa Angela, St. Joseph High School and Miami University of Ohio, where he majored in International Studies with minors in Spanish and Latin American Studies. Councilman McCormack lives in Ohio City with his husband Edward and their two dogs.

After April 12, 2022: please cancel your registration (without penalty) if you have registered for this event, and any of the following applies: