ACG Cleveland Presents "First Pick: How Cleveland is handling its moment on the NFL's biggest stage"

Join ACG Cleveland as we welcome David Gilbert, president of Great Cleveland Sports Commission, and Dino Bernacchi, senior vice president of marketing for the Cleveland Browns for a discussion followed by a question and answer session.

Topics they will discuss include: 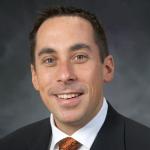 David Gilbert serves as President & CEO of Greater Cleveland Sports Commission, an organization dedicated to making Greater Cleveland the nation’s foremost destination for large-scale sporting events, and Destination Cleveland, the region’s convention and visitors’ bureau. Gilbert re-founded the Sports Commission in 2000, assumed his role with Destination Cleveland in 2011 and served as the president & CEO of the Cleveland 2016 Host Committee for the Republican National Convention.

Greater Cleveland Sports Commission serves to measurably improve the economy of Greater Cleveland and enrich the community by attracting, creating, managing and enhancing significant sporting and competitive events. Since 2000, the organization has attracted or created more than 215 events which provide over $843 million in economic activity to Northeast Ohio.

At Destination Cleveland, Gilbert is responsible for carrying out the organization’s mission to drive economic impact and stimulate community vitality by positioning and promoting Cleveland as an exciting, vibrant destination.

Gilbert serves as vice president on the board of the International Children’s Games, based in Lausanne, Switzerland, and sits of the boards of the Rock & Roll Hall of Fame, the Greater Cleveland Film Commission, and the Maltz Museum of Jewish Heritage. He was named by Crain’s Cleveland Business as one of Cleveland’s “30 influencers of the past 30 years,” Ernst & Young Entrepreneur of the Year and in 2016, he received the SME Cleveland Business Executive of the Year Award.

Gilbert has a Bachelor of Arts degree in marketing from The Ohio State University and an MBA from Cleveland State University. He resides in Moreland Hills with his wife, Faith. 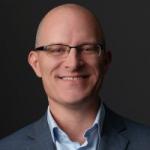