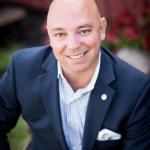 Shon Christy boasts over 20 years of marketing experience and is the Founder and President of Shon Christy Social Media. In 2010 he opened Christy Creative, Ohio's first niche social media marketing firm, and has founded and sold two firms since. Shon has worked with over 700 companies internally over the last 12 years.  His work has been featured in Inside Business, Smart Business, the Akron Beacon Journal, Spirit of Philanthropy and The Young Professional Roadmap, as well as in the book Under the Rustbelt – Revealing Innovation in Northeast Ohio. Ever the entrepreneur, Christy has even launched Beckett’s Buddies, a fundraising group to support those with Down syndrome, in honor of his 12 year-old son Beckett. The organization has raised more than $100,000 for local causes since inception.

Shon has a rich history steeped in philanthropy. He regularly donates a portion of his company revenues to the Up Side of Downs, a nonprofit advocacy for individuals with Down syndrome in NE Ohio. He is a past president of The Rotary Club of Akron, and has served as the Chili Open co-chairman, PR chairman and President-Elect. Additionally, Shon has served on the Board of United Disability Services, The Stow-Munroe Falls Library Foundation, The LuMind Foundation (Down syndrome cognition research), The Rotary Camp for Children with Special Needs, The Greater Akron Chamber as an Executive Board Member (Small Business Council Chairman) and the United Way of Summit County, where he was also the past Young Leaders Society Chairman. Shon is a member and Vice President of the 31st class of Leadership Akron and serves on the boards of the Leadership Ohio, Jobs For Ohio’s Graduates, Stow-Munroe Falls Chamber of Commerce, The University of Akron College of Business Marketing Advisory Board, and a Vice Regent on the National Board of Directors of Sigma Nu Fraternity. He is also a 4 term and current president of The Stow Schools Foundation.

Shon has been bestowed with the Greater Akron Small Business Councils Excellence in Business – Emerging Business Award, the Distinguished Sales and Marketing Executive Award from SMEI, and the Summit County Pinnacle Awards – Andrea R. Teodosio Rising Star Award. In 2012, the Greater Akron Chamber of Commerce Young Professionals Network recognized Shon with the 30 For the Future Award for his community service and business leadership. Additionally, Shon has been honored with the 2015 Young Philanthropist Award by the United Way of Summit County, the 2016 Summit County Board of Developmental Disabilities Community Impact Award, the 2017 JOG Community Leader of the Year Award, and the 2022 Stow-Munroe Falls Chamber Elite Awards Business Leader of the Year.

Valet parking is both complementary.