Brian will also speak of exciting new projects on the horizon that will continue to benefit Cleveland and attract growth to the region – at the Cleveland Metroparks Zoo, Wendy Park Bridge, and Edgewater Park, just to name a few! 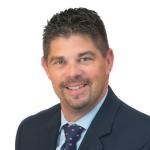 As Chief Executive Officer of Cleveland Metroparks, Brian Zimmerman is responsible for the overall management of over 23,000 acres including 18 park reservations, eight golf courses, Cleveland Metroparks Zoo, hundreds of miles of parkways and trails, and more than 940 employees that serve approximately 40 million visitors annually. He previously served as chief of operations for the Milwaukee County Parks, Recreation and Culture department. A Wisconsin native, Zimmerman grew up near Madison and attended the University of Wisconsin-Madison, where he earned a bachelor of science degree in agricultural science-soils. In addition to his role with the Metroparks, Zimmerman serves on the Destination Cleveland Board of Trustees, Cleveland Neighborhood Progress Board, the Flats Forward Board of Directors, St. Edward High School Board of Trustees and various committees at St. Ambrose Catholic Church in Brunswick, Ohio. Zimmerman enjoys golf, traveling, especially to see Big 10 college football games, and spending time with his family, including wife Jill, son Carter and their Weimaraner, Eli, at their home in Strongsville. He is also an avid sports fan and enjoys hiking and boating.

After February 24, 2021: please cancel your registration (without penalty) if you have registered for this event, and any of the following applies: