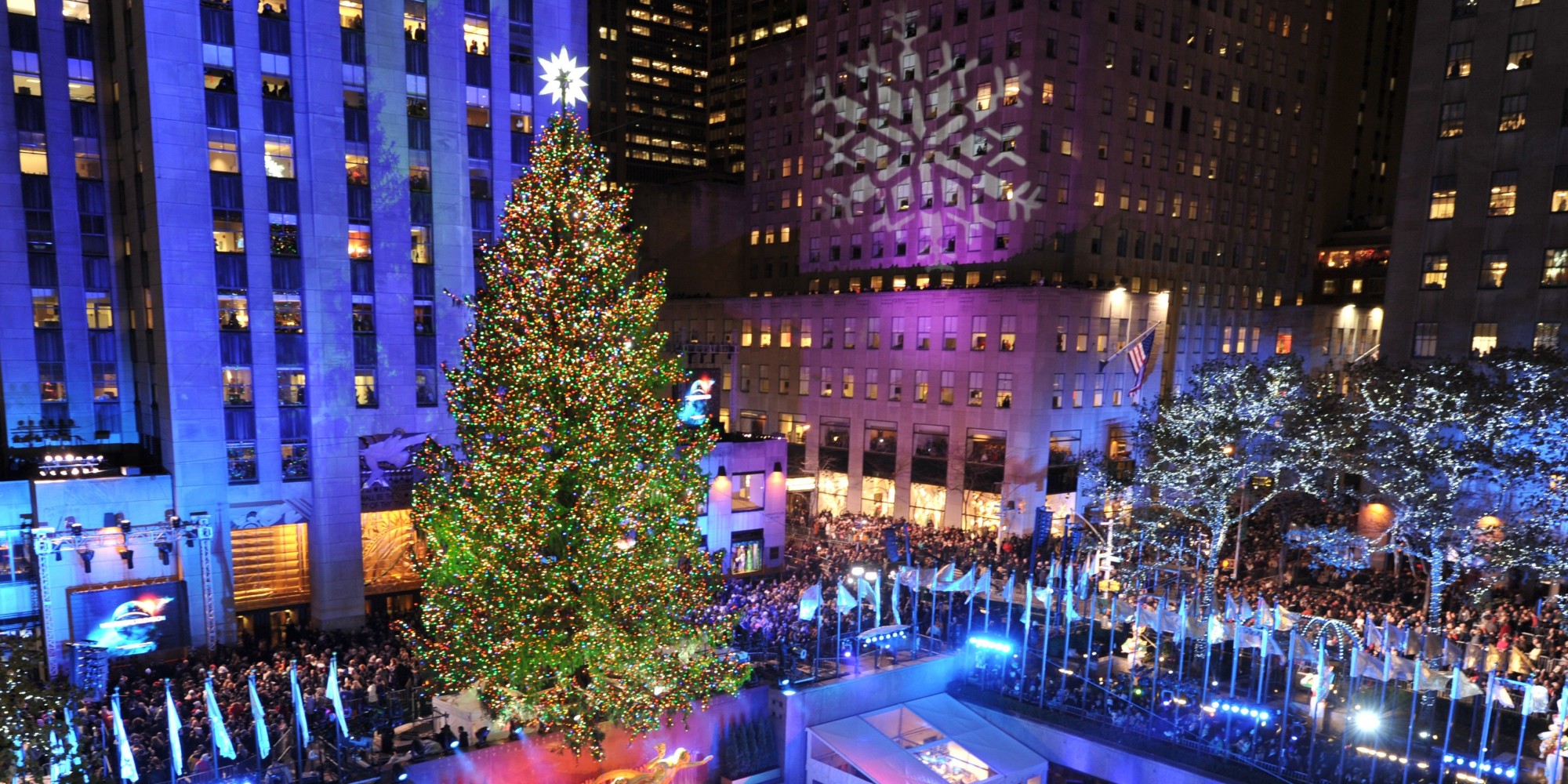 VISIT THE ROCKEFELLER TREE THE DAY AFTER IT'S BEEN LIT! MORE DETAILS HERE

The 2018 tree will be lit for the first time on Wednesday, November 28 at Rockefeller Plaza. The tree will remain lit and on display on the plaza between West 48th and 51st Streets and Fifth and Sixth Avenues until 9pm on January 7. Each year, thousands crowd the sidewalks for the event and millions watch the live broadcast.

For the twelfth consecutive year, the 2018 Christmas Tree will be donated to Habitat for Humanity. Once the holidays have passed and crowds have dispersed, the tree comes down and is milled, treated and made into lumber that is used for home building. Each year, the Rockefeller Center Christmas Tree continues to be a symbol of hope, and inspired the children’s book, “The Carpenter’s Gift,” written by David Rubel and illustrated by Jim LaMarche in collaboration with Habitat for Humanity.

For over eight decades, the Christmas Tree at Rockefeller Center and the holiday decorations adorning and surrounding have stood as a holiday beacon for New Yorkers and visitors alike. From the beginning, the Tree was a gathering place and reflection of what was happening in the world around it. Even before the first formal tree went up, workers lined up beneath a Christmas tree on the Rockefeller Plaza construction site to collect their paychecks during the height of the Great Depression. People from around the world came after September 11th to see the Tree decorated in a patriotic red, white and blue. Today, more than half a million people pass by the Tree every day, making Rockefeller Center the epicenter of New York City’s holiday celebrations.