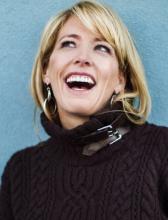 Jo Becker is a reporter in the investigative unit of The Times and was part of a team that won a Pulitzer Prize in 2018 for national reporting on Donald Trump’s advisers and their connections to Russia. She is also the author of “Forcing the Spring: Inside the Fight for Marriage Equality.”

Ms. Becker has written about subjects as varied as Vladimir Putin's Russia, the Obama administration’s lethal program to kill suspected terrorists, and the phone-hacking scandal that threatened Rupert Murdoch’s media empire. She previously worked at The Washington Post, The St. Petersburg Times, The Concord Monitor and “The MacNeil/Lehrer NewsHour.”

She graduated from the University of Colorado in Boulder, and has taught investigative journalism as a fellow at Princeton University. She lives in New York, is wild about her greyhound, Humphrey, and loves riding horses on weekends.