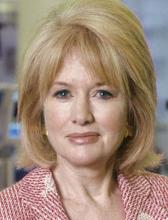 Consuelo Mack has a long and distinguished career in business journalism. In 2005 she struck out on her own to launch her dream program, a weekly half-hour program on public television devoted to helping Americans build and protect their wealth over the long-term.  Now in its fifteenth season, Consuelo Mack WealthTrack is the only program on television devoted to long-term investing. It has been dubbed the “Cramer Antidote” by the press and Money Magazine named Mack “The Best Money TV Host.”

Mack also played a critical role in CNBC’s strategic alliance with Dow Jones, the parent company of The Wall Street Journal. Anchor of a morning show, reporter for a daily “Strategy Session”, she also anchored “Louis Rukeyser’s Wall Street” in its final months on both CNBC and PBS.

She has received several honors including the first Lifetime Achievement Award for Women in Print and Electronic Financial Journalism from the Women’s Economic Roundtable and the Malcom S. Forbes Public Awareness Award. In 2014 she was given the YMCA’s of Greater New York Dodge Award, a recognition presented to outstanding individuals who epitomize their tradition of humanitarian service.